Top 5: What to see on a Road Trip through Ireland 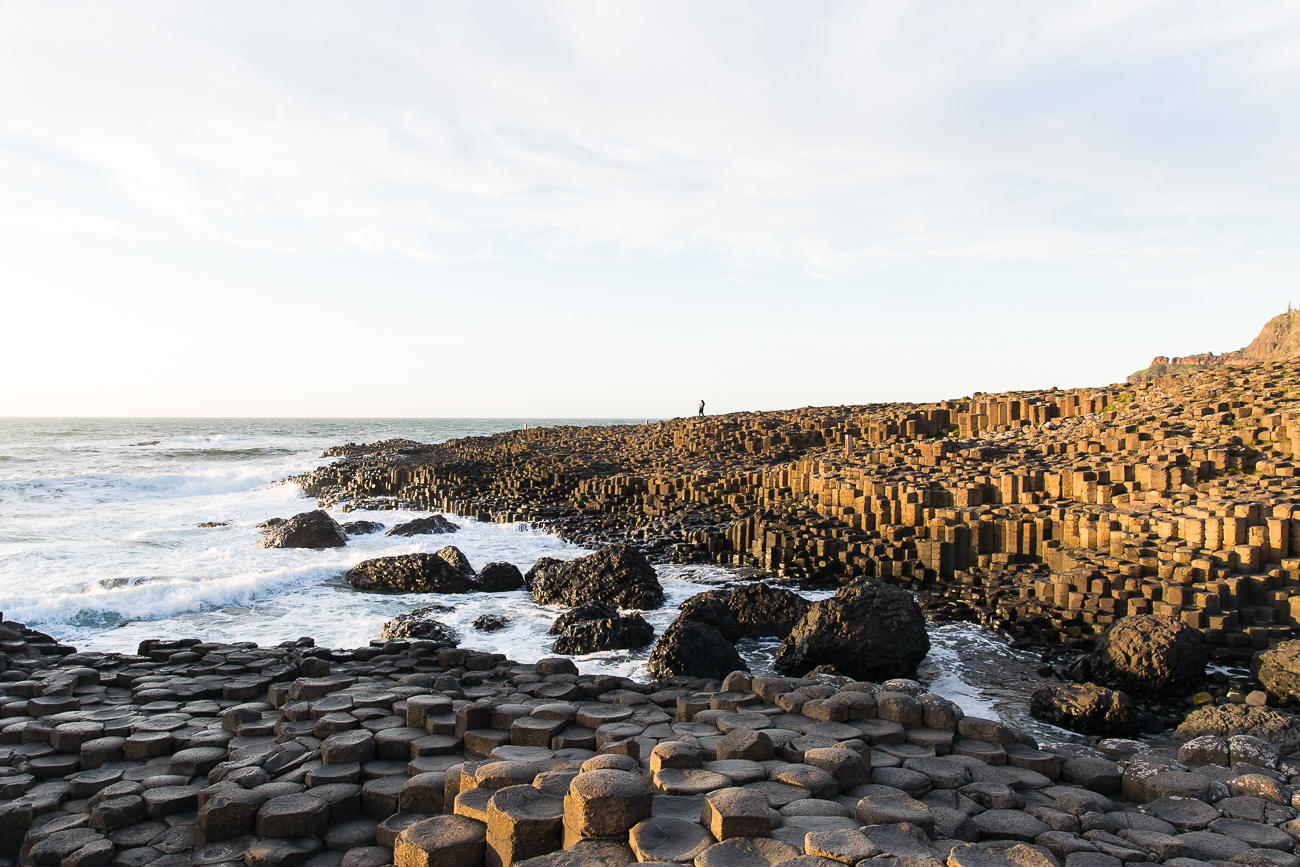 Road tripping Ireland means: Driving on the left side through narrow streets lined with stone walls and nothing else but green grass and countless flocks of sheep as far as your eyes can see. It’s the perfect way to discover an Island full of natural wonders and beautiful coastal streets! 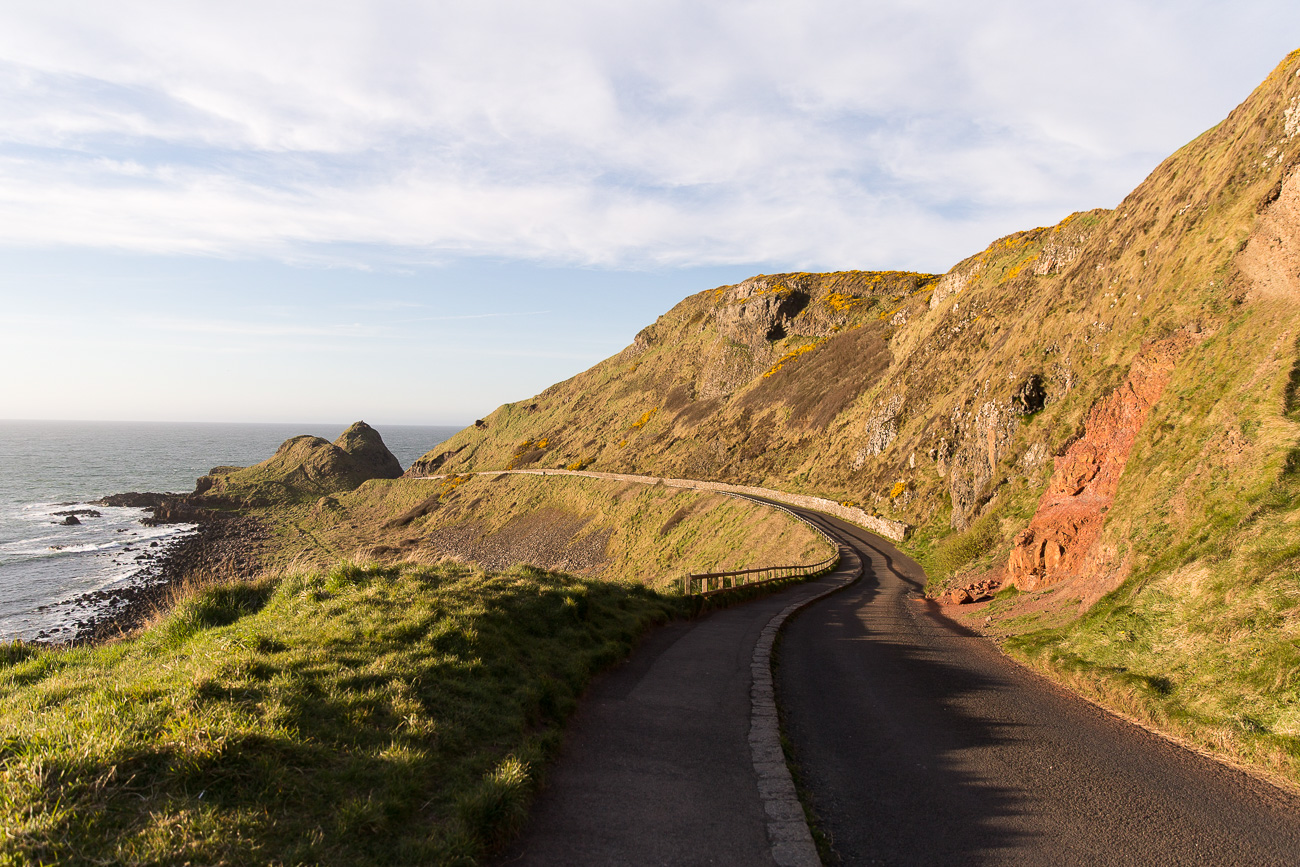 Top 5 tour stops along the way

Before we went on our 5-day road trip through Northern Ireland and Ireland we made a list of things we definitely wanted to see and then planned the route accordingly.

Here’s our recommendation for 5 locations you can’t miss during a road trip through Ireland and Northern Ireland: 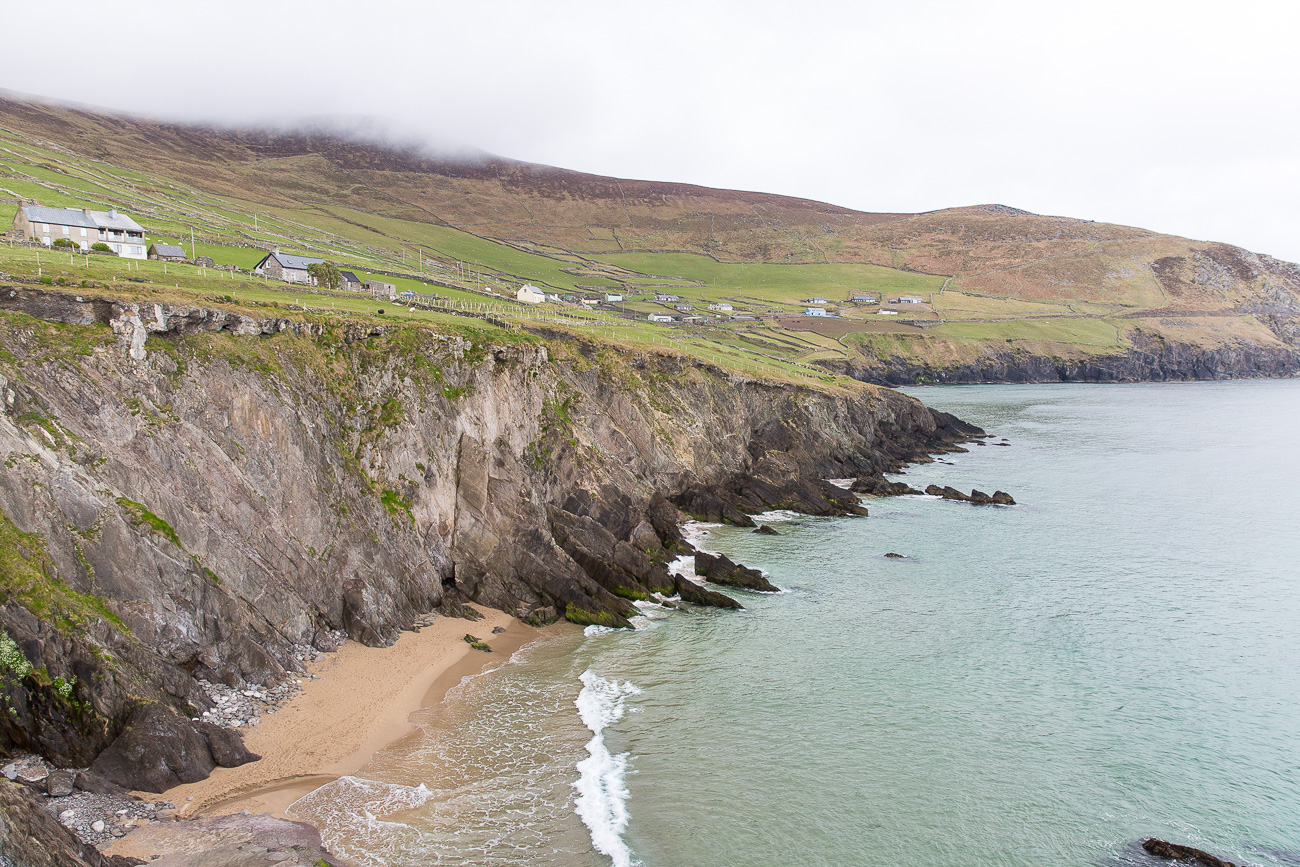 Arriving in Dublin we first ventured up north all the way to Northern Ireland (which meant crossing the border to the UK) to see the Carrick-A-Rede Rope Bridge, Giant’s Causeway and The Dark Hedges.

The next day we traded our Pounds back to Euros and drove back to Dublin, where we  spent a night a bit outside of the city after a day of exploration. Then we took our rental car  further to the South West the following day. Our last tour stop was the city of Cork in the south before we went back to Dublin to catch our flight back home.

We spent each of the four nights at another place, but decided to treat ourselves to some luxury as contrast to the road trip life. That’s why we selected some of the top notch original hotels in old mansions or castles (our favourite being Ballyseede Castle).

1. Giant’s Causeway: Make sure to go here at sunset. You won’t pay an entrance fee, but there also won’t be any busses bringing you down to the basalt columns, but the hike isn’t far (maybe 10 minutes). Bonus: You won’t have to share this absolutely stunning piece of volcanic history with too many other visitors. 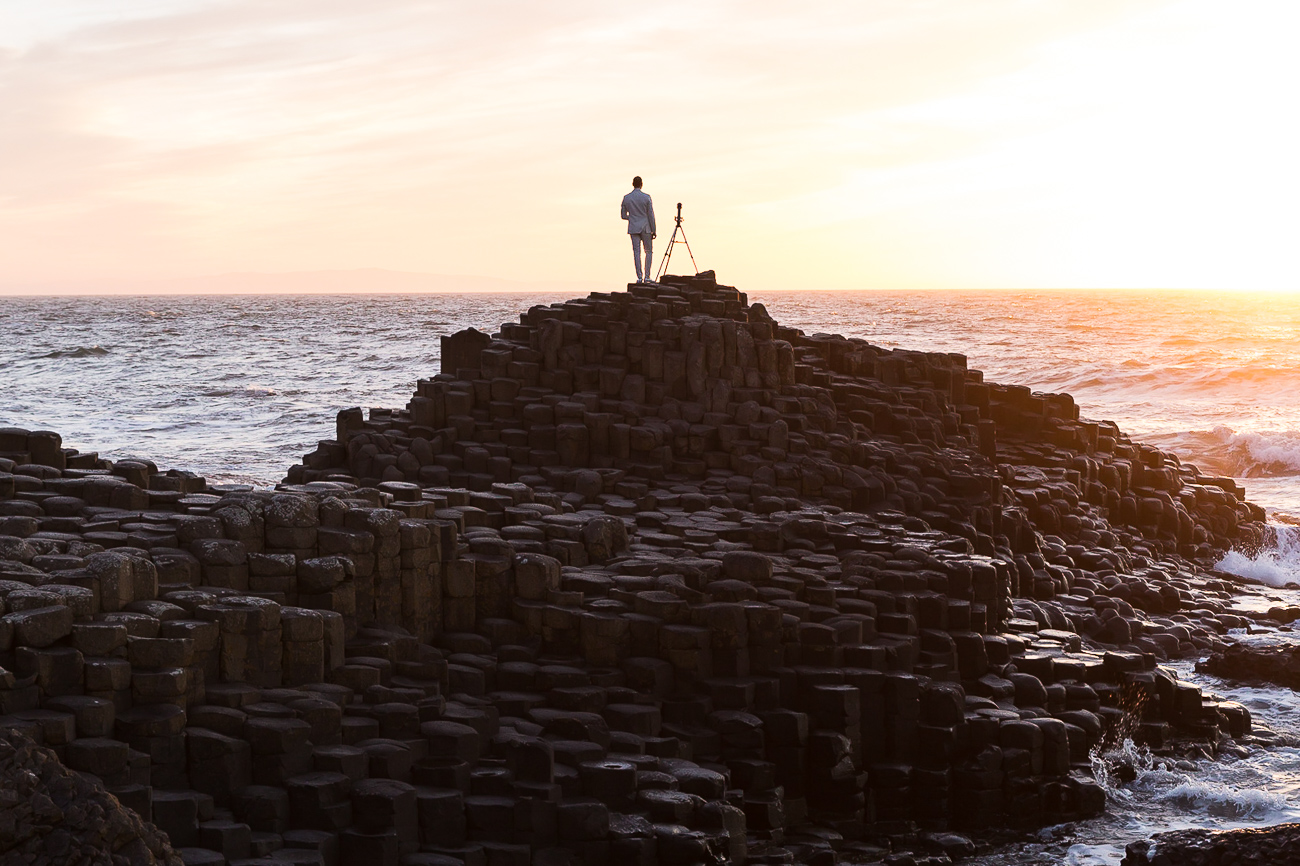 2. Carrick-A-Rede Rope Bridge: We tried to do the same thing at Carrick-A-Rede Rope Bridge at sunset, but that was a wrong decision. There’s no way to enter the bridge after the opening hours, so we walked alongside the coastline for at least 20 minutes to then stand in front of closed doors. So: Do visit within the opening hours to get the famous view of the bridge. 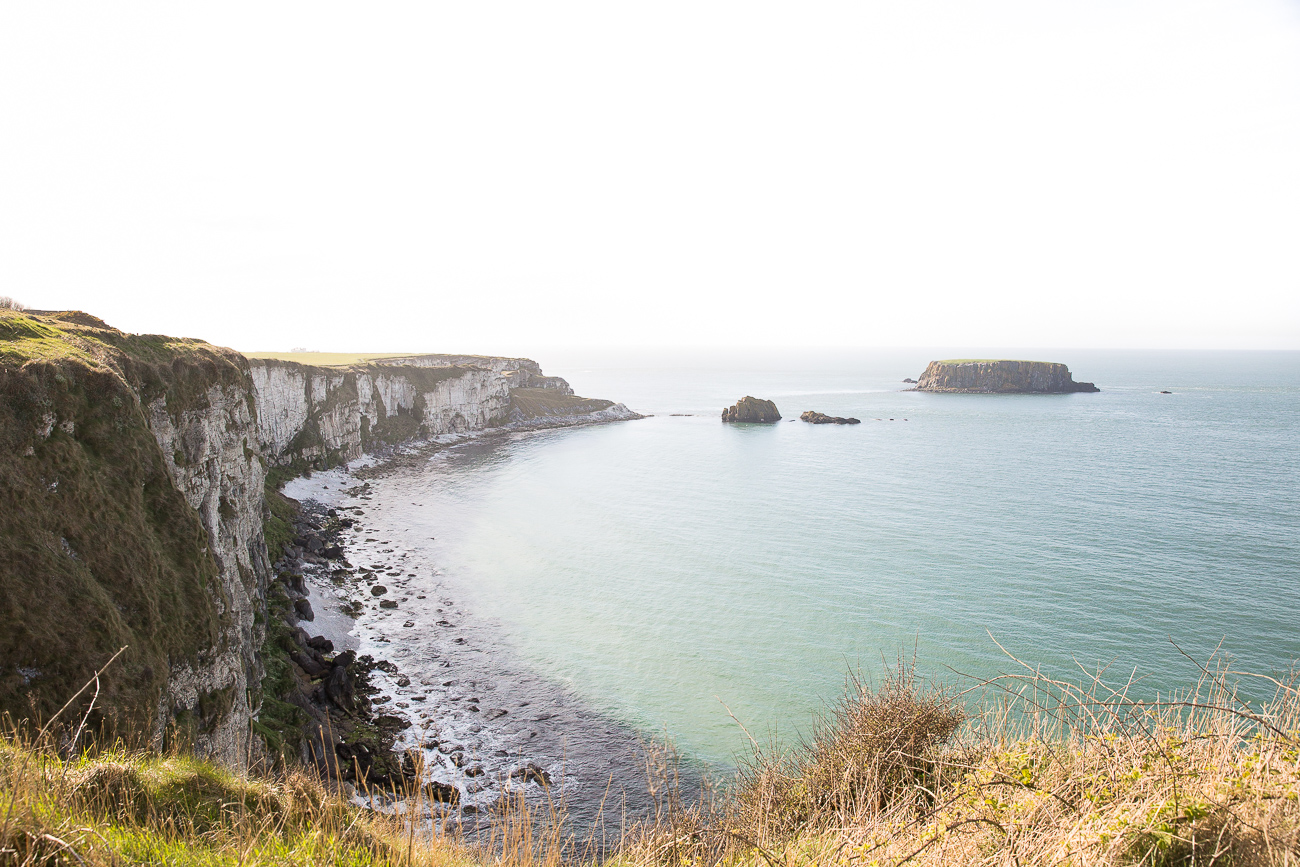 The view we enjoyed… the bridge is hidden behind a cliff to the right of us.

3. Cliffs of Moher: The classic way to see this famous & truly spectacular coastline is to drive to the Visitor’s Center and walk to the cliffs from the parking lot. We decided to do it differently: Therefore we parked at a small private lot (Map pin is called: “Cliffs of Moher Liscannor Walk”) and started our hike in the South at the so called “Túr an Mhothair”. Most of the visitors don’t make their way so far to the South of the Cliffs! This is a great tip and we spent the sunset at the tower all by ourselves with only one other photographer 😉 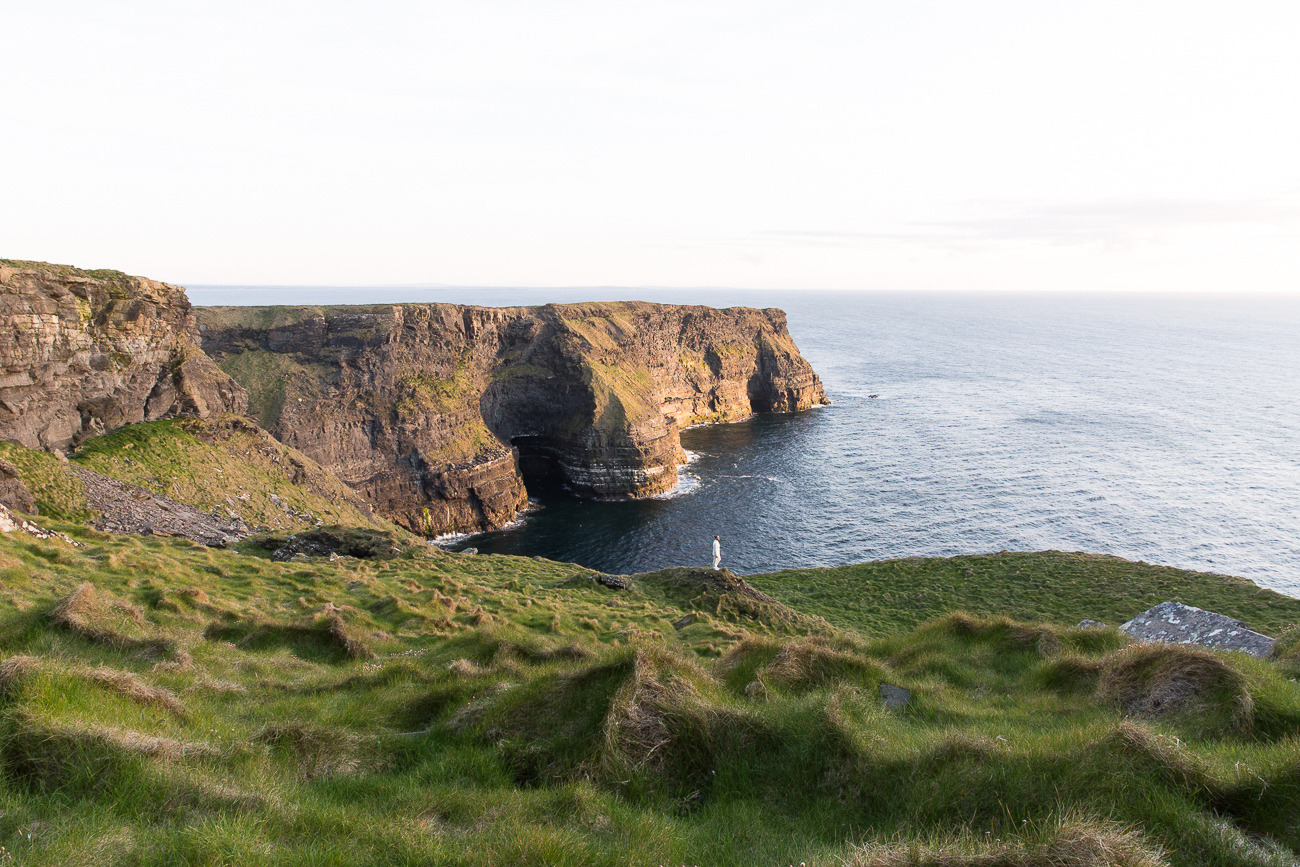 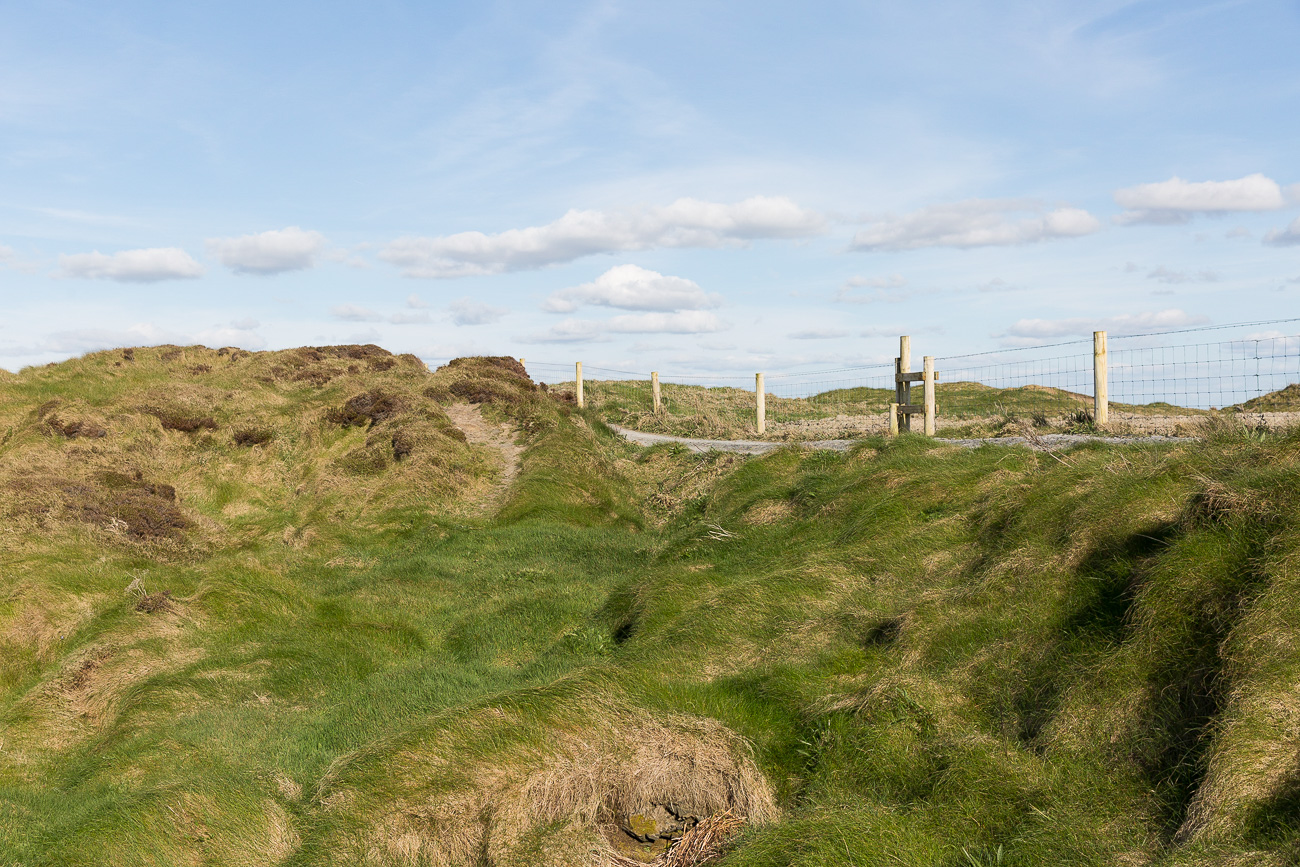 4. Conor Pass & Dingle: If you drive all the way to the western part of Ireland to visit Dingle, make sure to also drive over Conor Pass. Conor Pass is probably Ireland’s only mountain pass. It’s really short, but you can climb around for some fantastic views! Dingle is a small fishing village and definitely worth a visit. 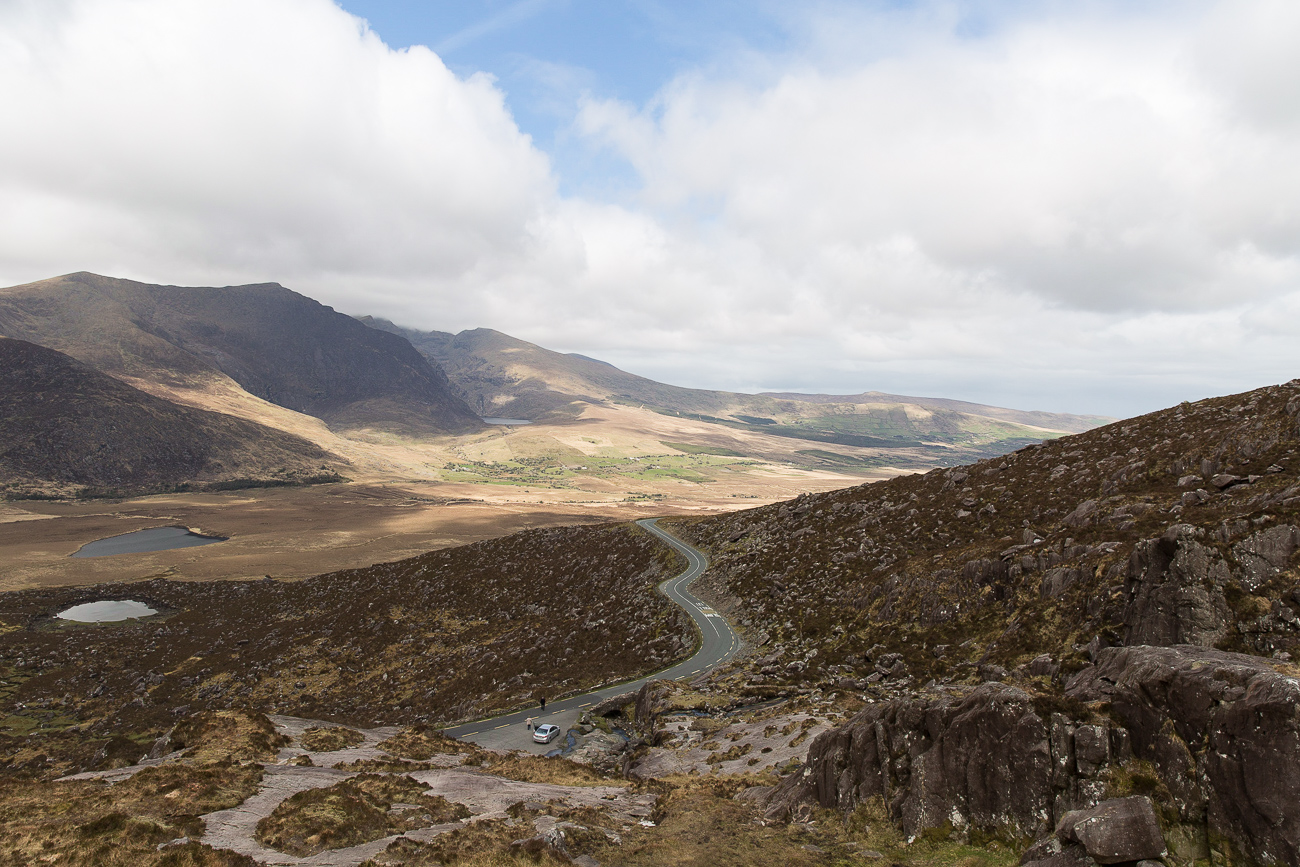 The views of Conor Pass

We made a boat tour to visit Fungie, a wild dolphin that chose to live in the bay of Dingle for 37 years. Unfortunately he disappeared in October 2020 and is believed to have passed after becoming world’s oldest solitaire wild dolphin. Nevertheless a boat tour along the rugged coast is worth a stop. 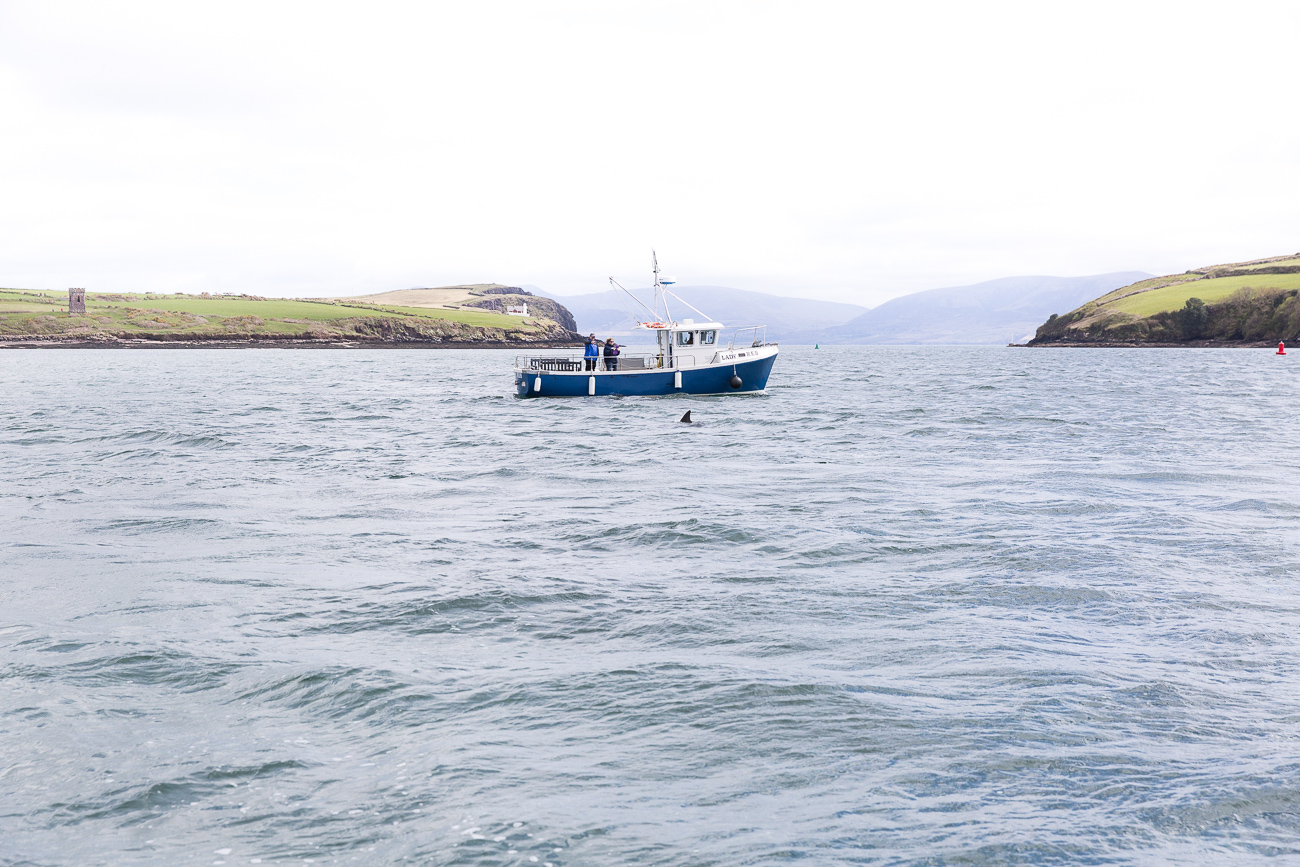 Boat Tour in Dingle to visit Fungie the dolphin 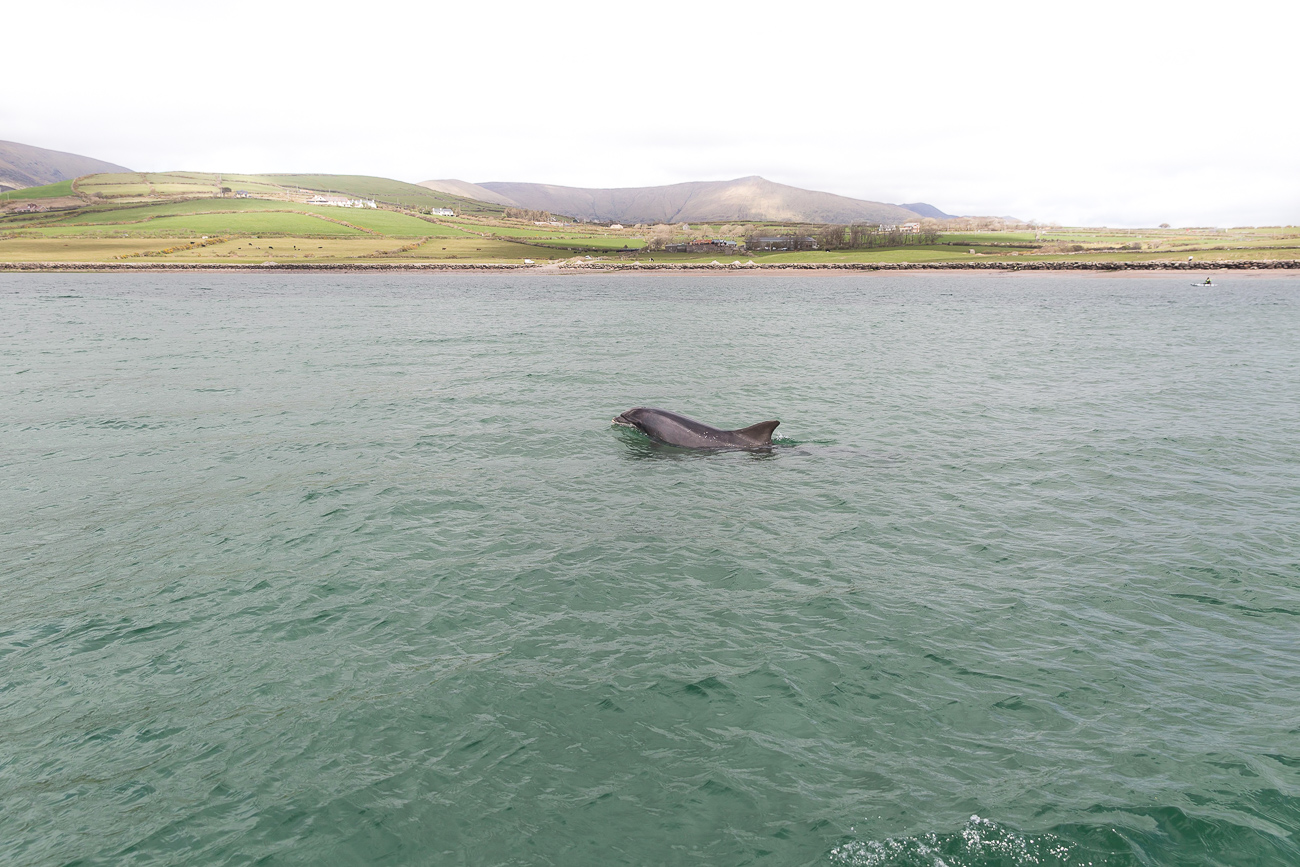 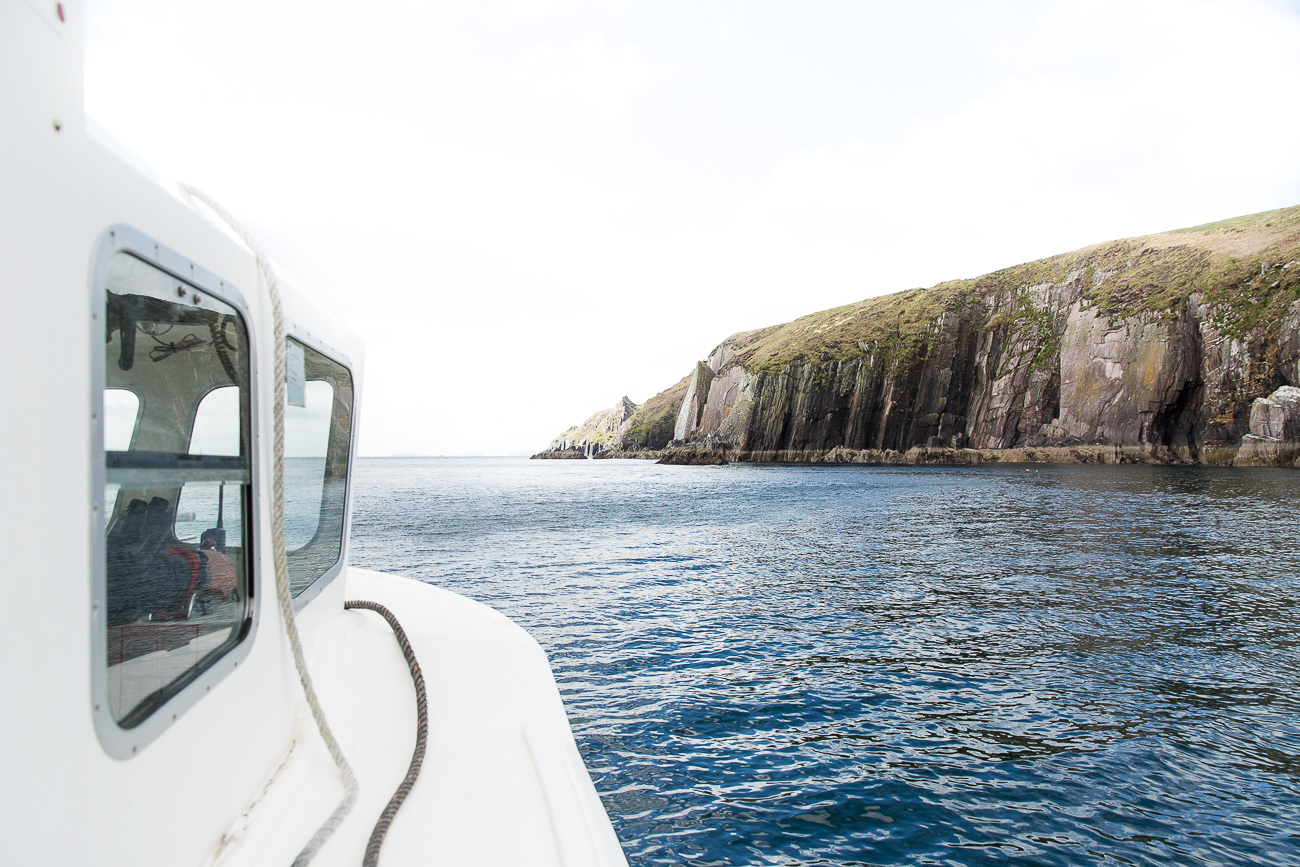 5. Slea Head Drive & Dunquin Harbour: From Dingle on go further to the west on the famous coastal road called “Slea Head Drive”. We stopped every few hundred meters for a new spectacular view of the harsh cliffs, the surrounding green meadows or the sheep… 🙂 And then we ended up at our final destination: Dunquin Harbor. It’s a famous ferry pier, that meanders down to the ocean front on a steep cliff. 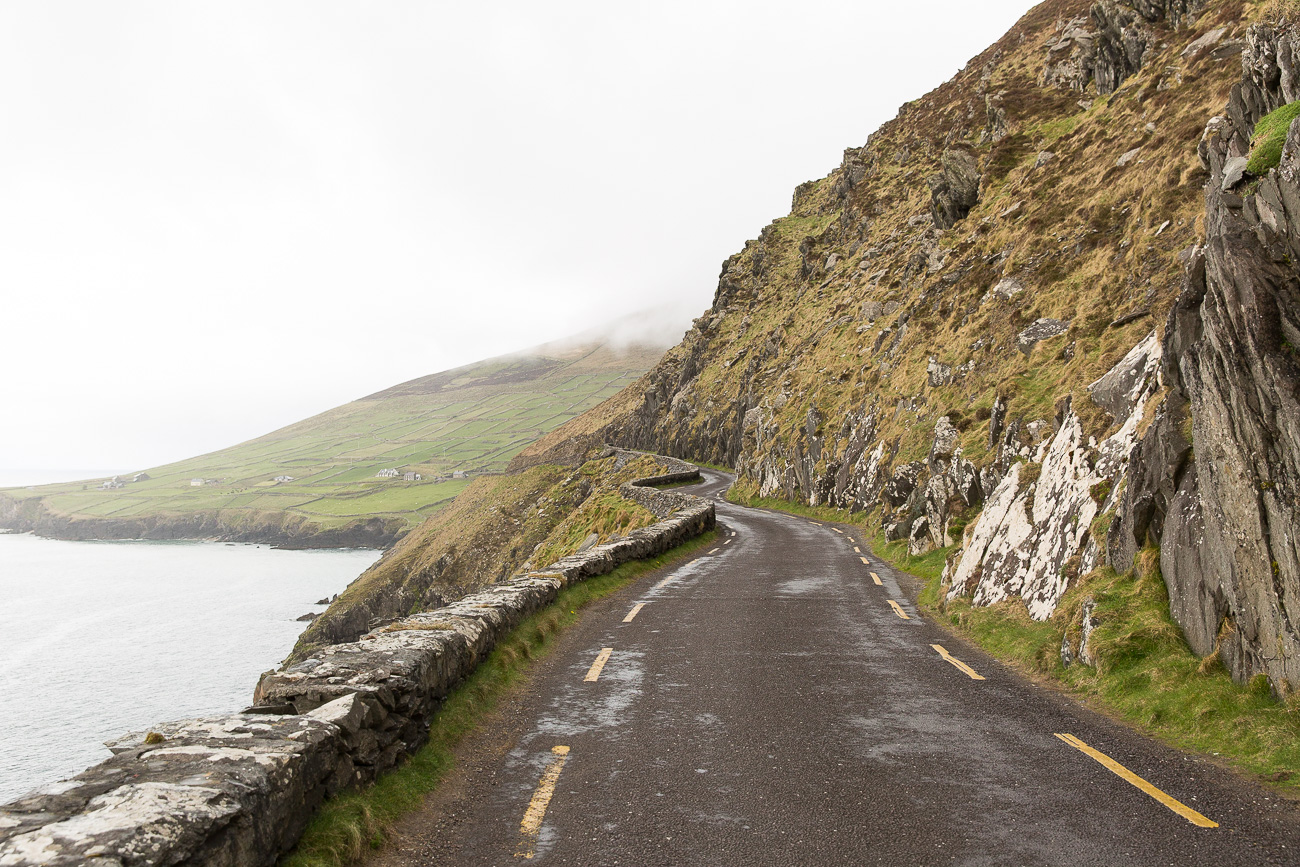 Slea Head Drive – a road worth driving when visiting Ireland 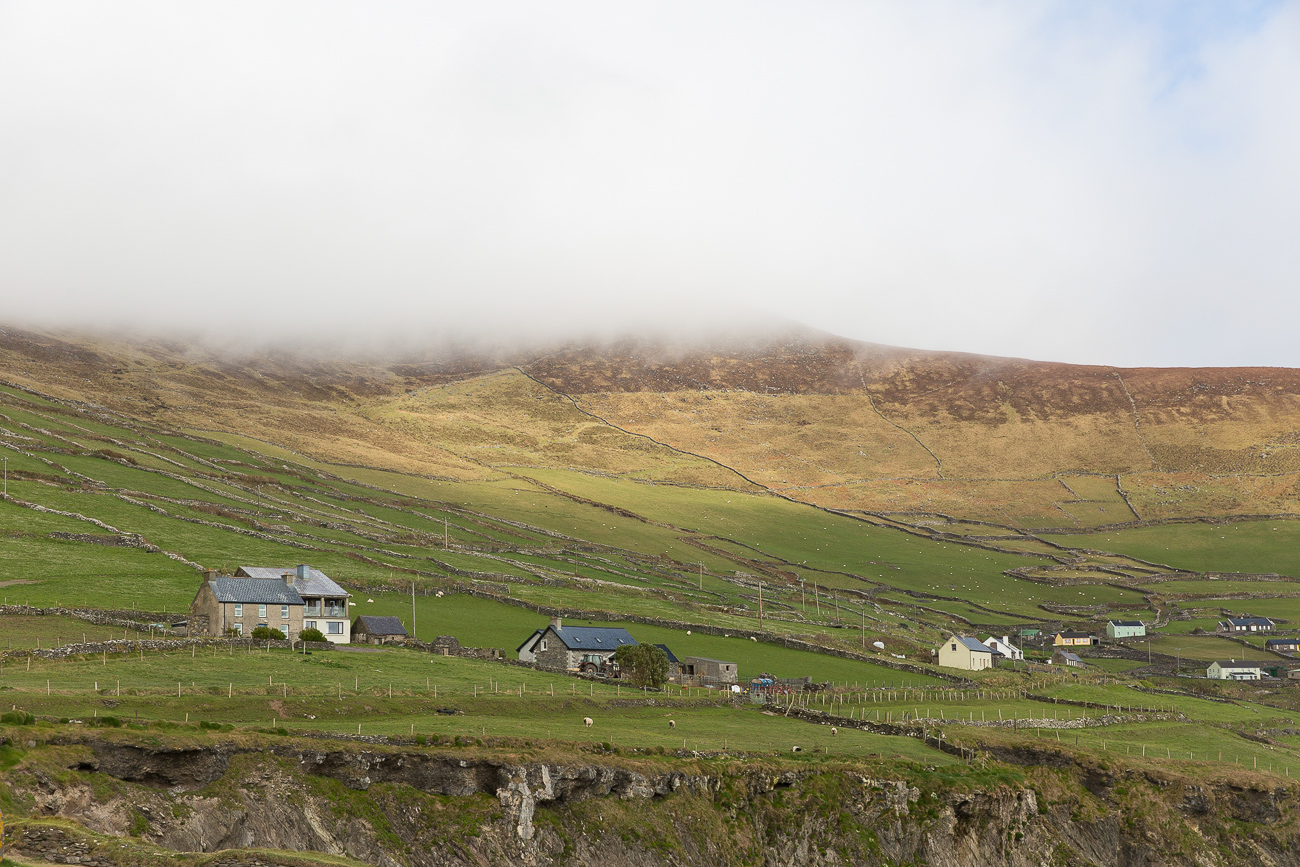 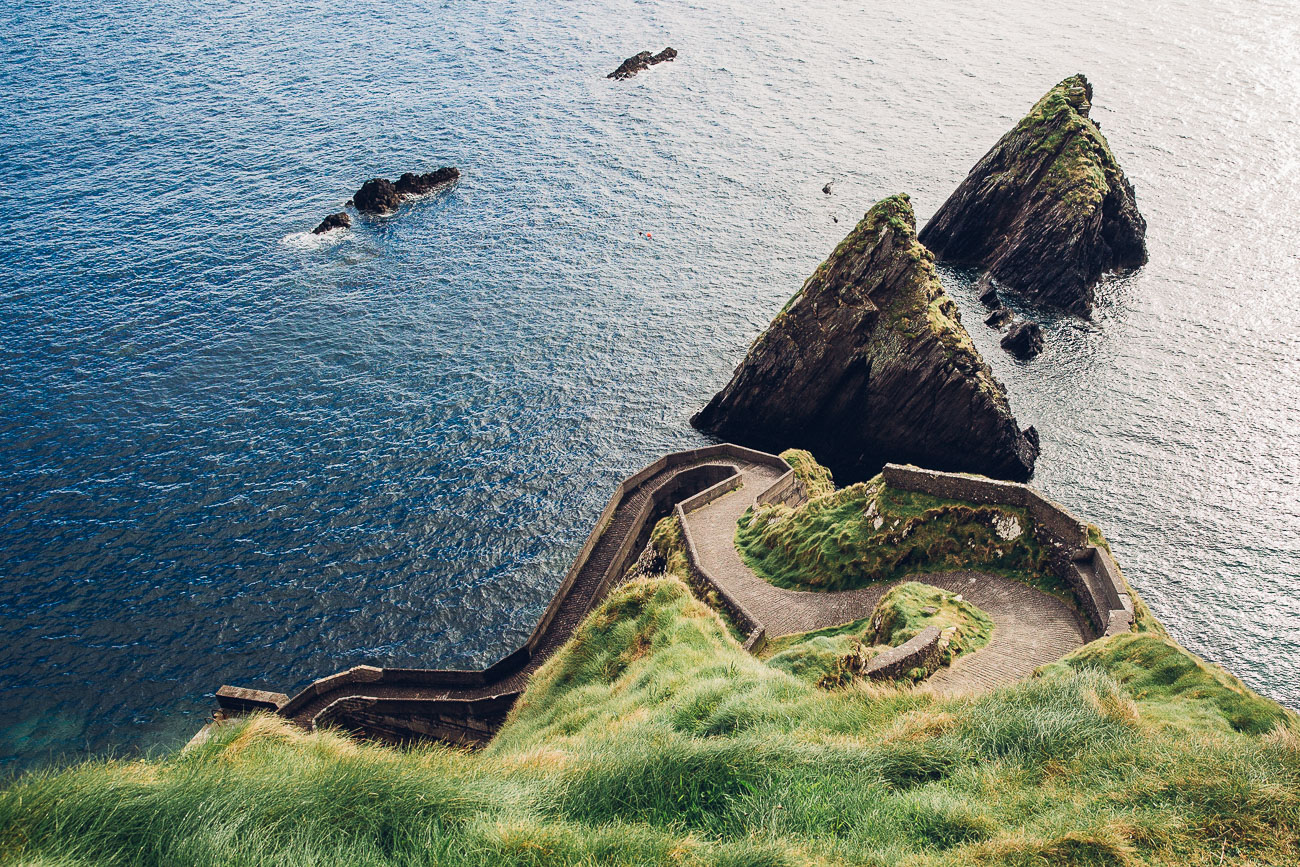 Bonus items along the way 🙂

The good things with road trips is – you can stop everywhere you like it. Even if it wasn’t part of the initial plan 😉 Here are a few locations we discovered along the way. 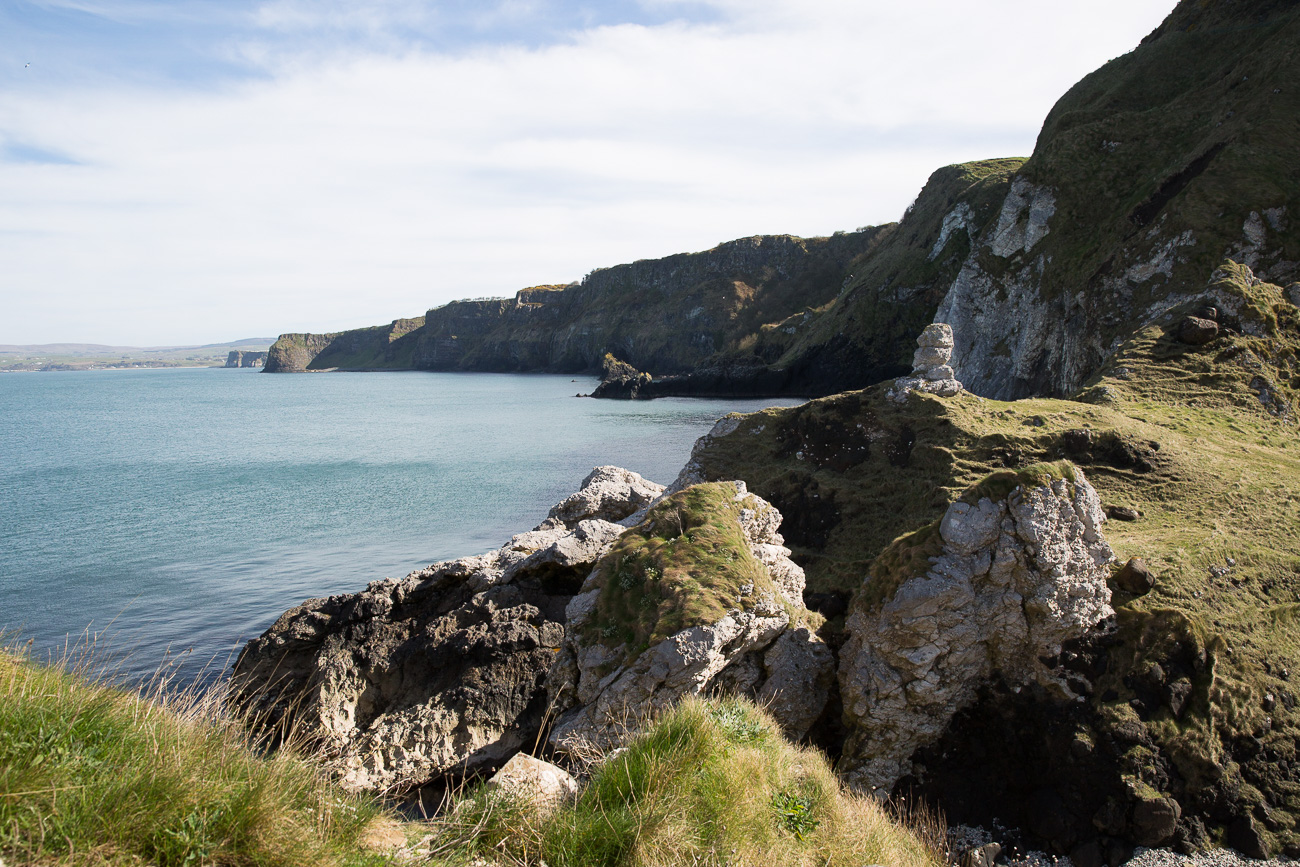 The rather untouched coastline at Kinbane Castle 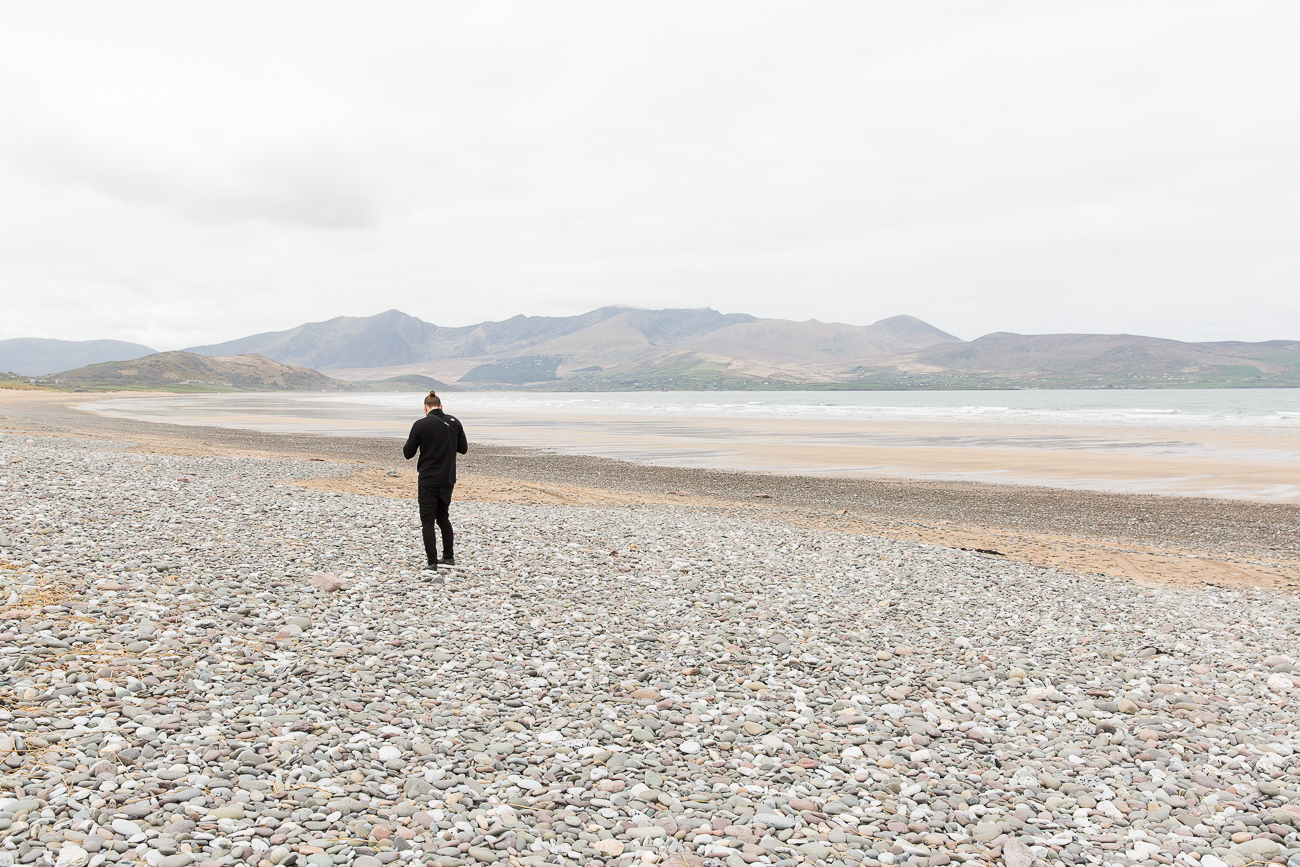 Coastline near Camp in Kerry Ireland

Views off of Slea Head Drive

Travel video of our Roadtrip

Those were our highlights from a 5-day road trip in Ireland and Northern Ireland! If you’re up for a luxury train ride through Ireland (instead of a roadtrip) – this might be just your cup of tea:

Our top 15 travel destinations of the year 2016