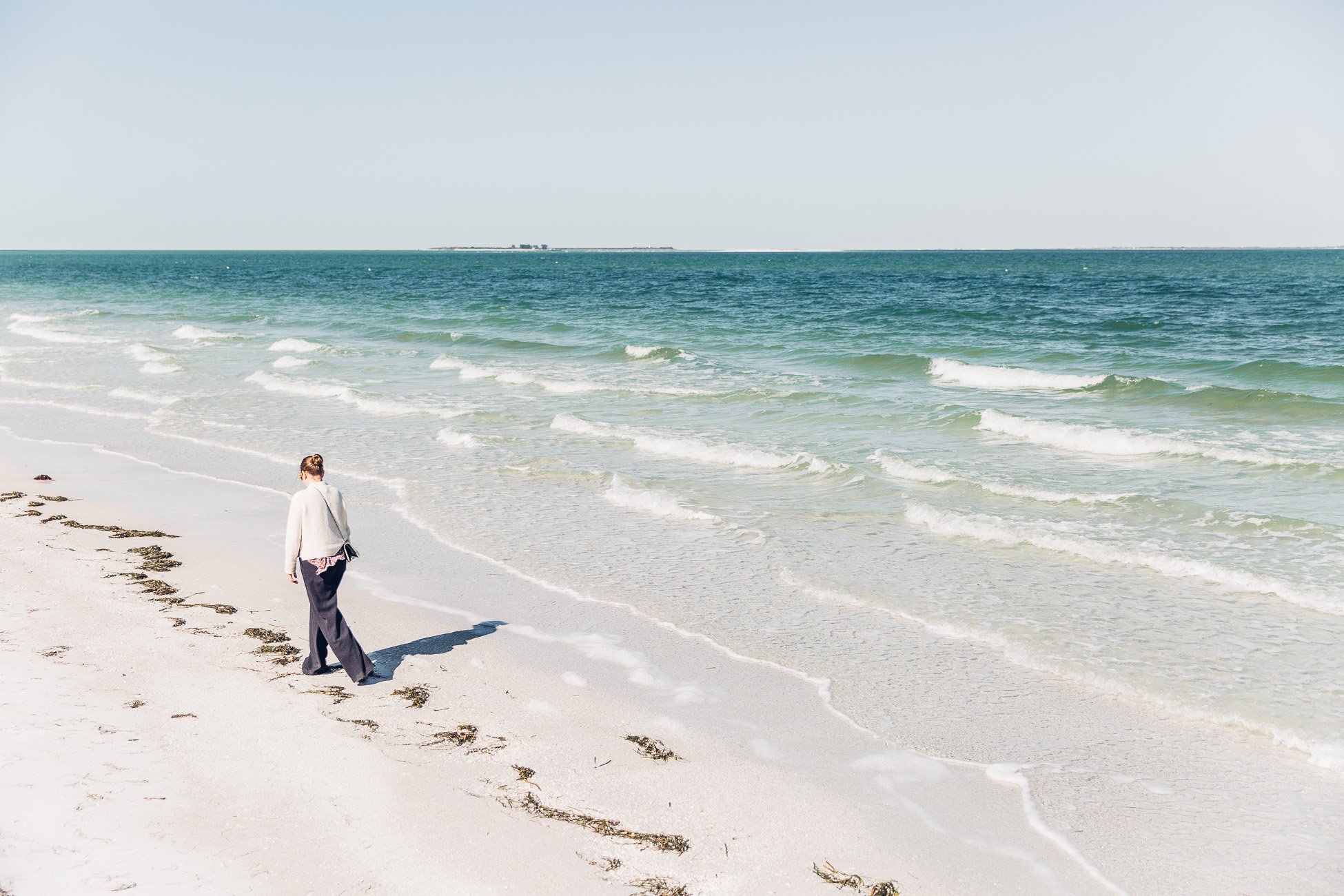 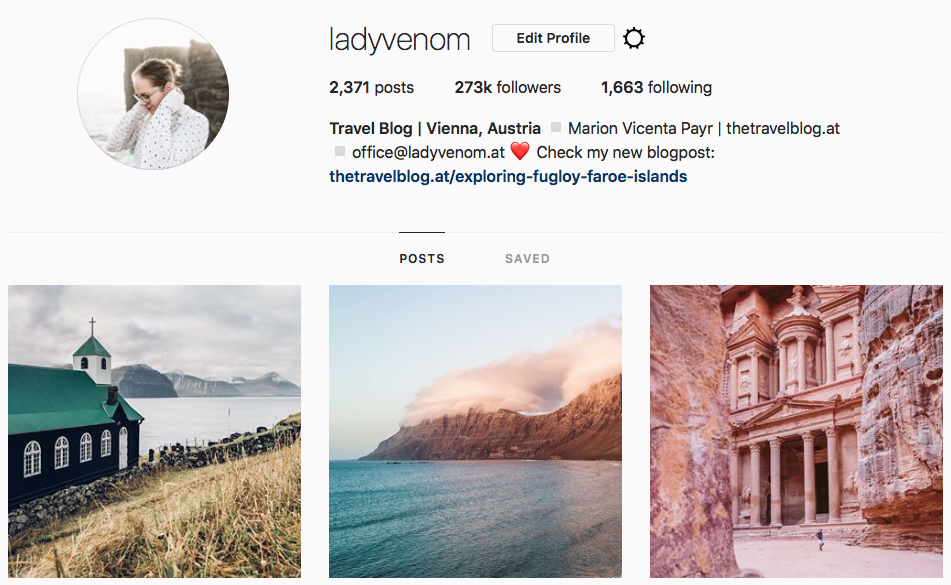 Did she buy followers?

This is a story I’ve told so many times, it’s hard for me to repeat. But it’s necessary, because it’s the one thing everybody asks me: How did you get so many followers?

The question itself used to be a compliment mixed with a dying wish for the magic secret, that would lead to everybody’s success on Instagram. Nowadays the question is more of an insult stirred by the fire of distrust and suspiciousness. Did she buy followers?

The sad thing about this is: Cheating has become so common on Instagram, that everybody accuses everyone. And probably rightfully so. I once (semi-)famously stated that 80% of Austrian Influencers have cheated in one way or another and I still stand behind that number. Maybe it’s even higher… 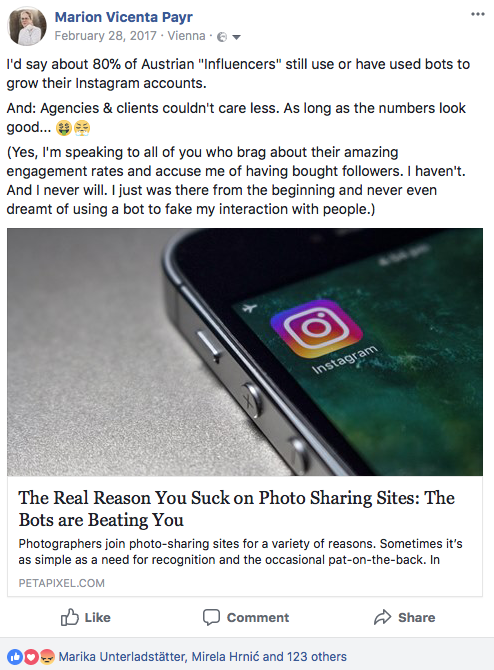 It’s worth to read the comments in this discussion as well!

A little history about my “success”

So, let’s take a short step back into my history on Instagram. I signed up in the beginning of 2011 (March to be exact). Instagram was not even 6 months old and had barely hit 1 million users. So I pride myself by saying I was amongst the first users (a little bragging must be allowed, right? 😉 ).

Turns out – this is most of my secret: I was an early-adopter and a very active user. I posted at least 1 photo per day in that first year (although I had a dull full-time job) and I followed hundreds of people around the world. I loved Instagram! It was my window into the world beyond my boring office, beyond Vienna, beyond my friends on Facebook.

I had no idea about photography and just snapped fun photos from my random tours of Vienna with my iPhone 3GS. Soon I found other people in Vienna using the app. I even went on Instawalks and Instameets to finally see the faces behind the photos. Instagram was an addiction! And obviously I had no ambitions to become an “Influencer” (I guess that word wasn’t even introduced yet at that time).

This is the reality of my early days on Instagram 😉

In 2012 Instagram was on a quest – they were growing steadily in the United States, but wanted to roll out with higher force on a global scale. One of the strategies to grow Instagram internationally was to build a network of “ambassadors” for the platform. Instagram even had (and still has) people on their payroll for “Community Management”, which basically means growing the community. One of their jobs was to find these ambassadors. Turns out they selected me along with @anasbarros and @gui_ to become those ambassadors in Austria.

Becoming an “ambassador” wasn’t a mutual agreement though, there was no contract, there wasn’t even a heads-up from Instagram. All we got was an e-mail stating that we are now “Suggested Users” and will be recommend to new users upon registration. 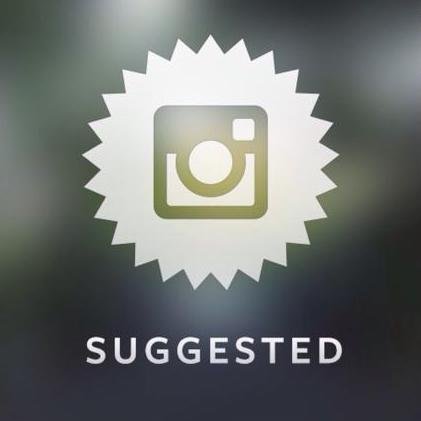 Basically, everyone who signed up on Instagram as a new user got welcomed with an invite to follow us (along with a list of approximately 200 other users worldwide). How this worked exactly will be a secret forever. But I woke up to approximately 3.000 followers the next morning.

One thing I know for sure is I wasn’t only suggested to Austrian users, but globally. Until today most of my followers come from the USA, Brazil and Germany – Austria is only fourth (maybe due to it’s small size as well 😉 ).

A weekend to remember

In June 2014 we had a big meet-up of the Instagram community in Berlin. It was the first (and last) “Europewide Instameet” and was organised by the Berlin community. Everyone paid their own flights, hotels and stuff.

The famous Europewide Instameet in Berlin in 2014!
Photo by Selin Özdamar.

Many of us had been suggested users, but it wasn’t a commercial event at all. We were a group of 200 Instagramers who had followed each other on the app since years. Meeting all these virtual friends for the first time felt like a huge family gathering with lots of “Oh my God – that’s you!!! I follow you since years!!!”.

This Monday in June 2014 didn’t end the Suggested User List yet, but it changed it forever. Nobody could stay on that list for longer than a couple of weeks (in the end I believe the maximum was two weeks). But the growth rate would be incredibly fluctuating. When @pruegl became suggested he “only” gained 5.000 followers. Two weeks later @naikon_ became suggested and he gained over 100.000 followers.

The Suggested User List was a mess.
And it should become even messier soon.

All in all the whole concept of the Suggested User List fell into disgrace. By 2014 Instagram was full of influencers and sponsored posts – and Instagram hadn’t even started it’s own ad platform yet. But obviously they wanted to sell their own reach and make their own profit at one point.

Therefore Instagram didn’t want to help grow “Influencers” anymore. And this marked the end of the Suggested User List. There was no official announcement, it was simply switched off one day.   As soon as I was off the list my follower number started to decline.

And then – also in 2014 – Instagram discovered another problem: Fake profiles, bots and other “devious monsters” had infected the platform. Secretly Instagram began deleting fake accounts. But they didn’t want to shock their users, so the follower count was not corrected.

At some point Instagram knew they had to make this public. This is when the so called “Purge” came into action. They had to correct the follower counts of – well, everyone – and with one big bang.

Instagram set a date and adjusted the follower count for everyone to reflect reality. The Purge happened in December 2014 – shortly before Christmas – as an early gift. As long-time Suggested User Instagram knew it would “hit” me hard, as bots had crawled the suggested user list to find new profiles to follow. Therefore I got two real “gifts” by Instagram:

My Socialblade curve is a mess… let’s be honest!
The comments indicate the events, that led to the changes.

The height of my “success”

Back in 2014 Instagram “success” was still exclusively measured in follower numbers. The glory of a huge number of followers allowed me to get jobs – paid jobs – which I never had anticipated. It’s not like I had planned to become an “Influencer”, it sort of fell into my lap. I also got interviews and media coverage – almost always focusing on my number of followers.

The media outlets would ask me for my “recipe to my success”. It sounded like I had it all sorted out and knew how everyone could get 200.000 followers on Instagram. Truth is – it isn’t reproducible. It simply isn’t that easy (unless you have no ethics and just buy followers or cheat).

So the bare, stripped-down reality of my Instagram fame is:

I got lucky in 2012 and then I built my career on the base of that luck. The rest of it wasn’t luck anymore, it was work.

I worked hard and built a career on top of that gift, that Instagram had sent my way. Being one of the select few Suggested Users was a gift. And it was followed by years and years of creating content, connecting with my true audience (that is only a part of those now 270.000 followers) and staying calm even though my numbers were steadily declining.

I won’t lie to you: The last two years were not only fun. I watched how too many people started chasing that dream of becoming an Influencer and destroyed the credibility of everyone along the way. And I watched how Instagram has become a place of mistrust and envy.

Maybe I’m just bitter and have become one of those “everything used to be better” people 😉 But I really do feel like Instagram has been poisoned by the number of followers, that is shown publicly. Don’t get me wrong, I’m a marketer as well and I know we need metrics. But I believe Instagram would be a better place, if we didn’t show the follower count in the profile.

So, what is really important?

As an avid Instagramer I’ll state the obvious – photography and sharing. Connecting with people over images. A passion for capturing moments and a love for sharing knowledge and inspiration.

As a marketer it’s more complicated. Yes, obviously numbers are important. But I’ll let you in on a little  secret: Don’t look at the follower numbers OR the engagement rate. The real numbers are hidden from the public profile. They are called reach and impressions.

These are the only numbers, that should count (if you really only want to look at numbers). But my honest recommendation would be: What really counts is the quality of the content and target group match, but that’s another story! 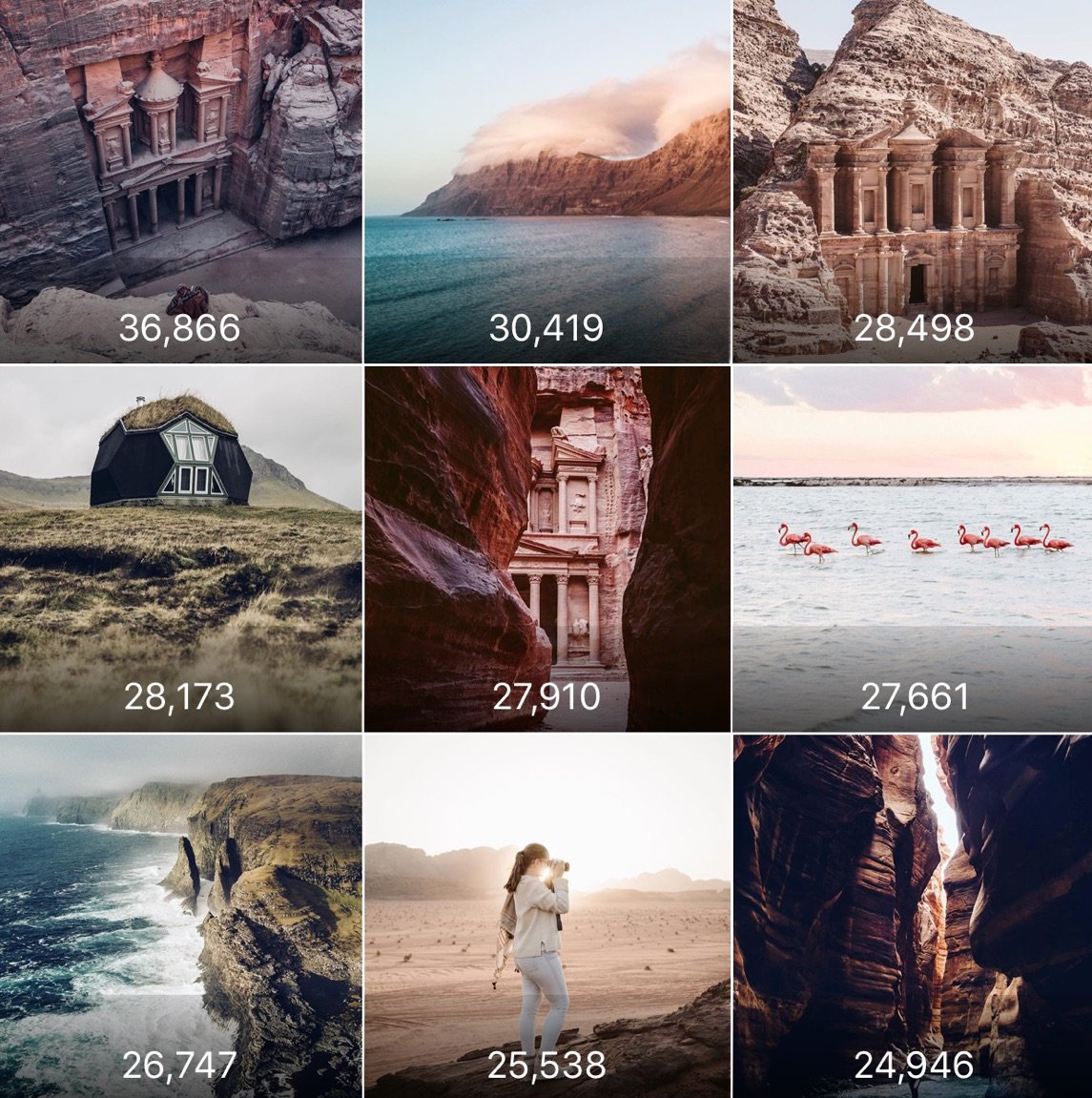 P.S.: If you want to work with me, I’ll gladly share more infos about my Instagram account with you. Just please don’t be blinded by the number of followers in my profile!

See the world with new eyes (Advertorial for Neovizia)

A multifaceted look at female traveling