All you need to know - where to stay & when to go 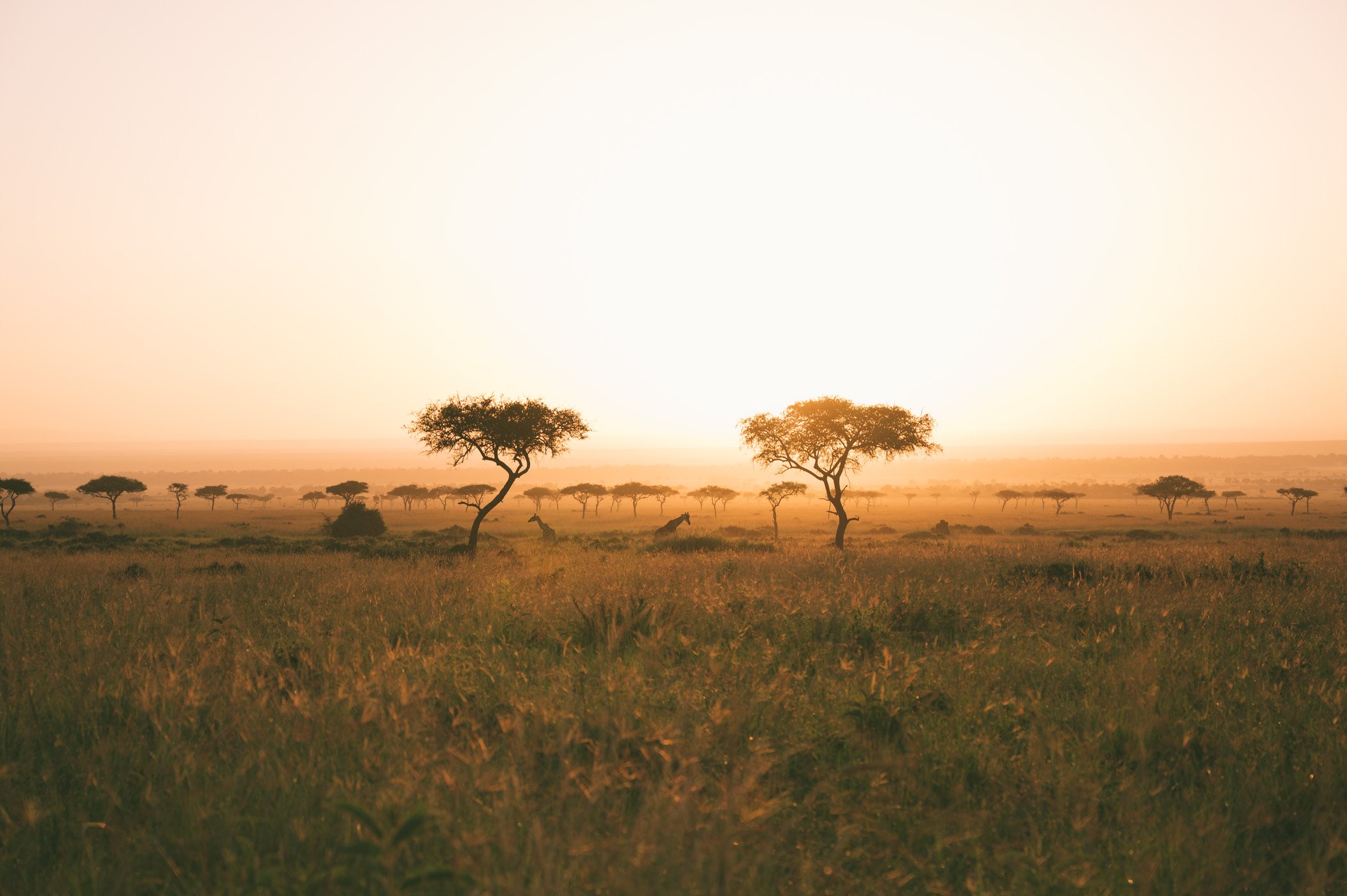 The Maasai Mara is one of the key safari destinations within Kenya. This is where most safari guests come to and rightfully so. Especially during the great migration the plains of the Maasai Mara are teaming with wildlife. Millions of wildebeest and zebras cross the Mara river to roam the plains after making their way up North from the Serengeti in Tanzania. But we decided to visit the Mara outside of the great migration period (which usually lasts from July to October).

Our January visit was consciously chosen to happen in the low season – and let us say the wildlife viewings were still exceptional. 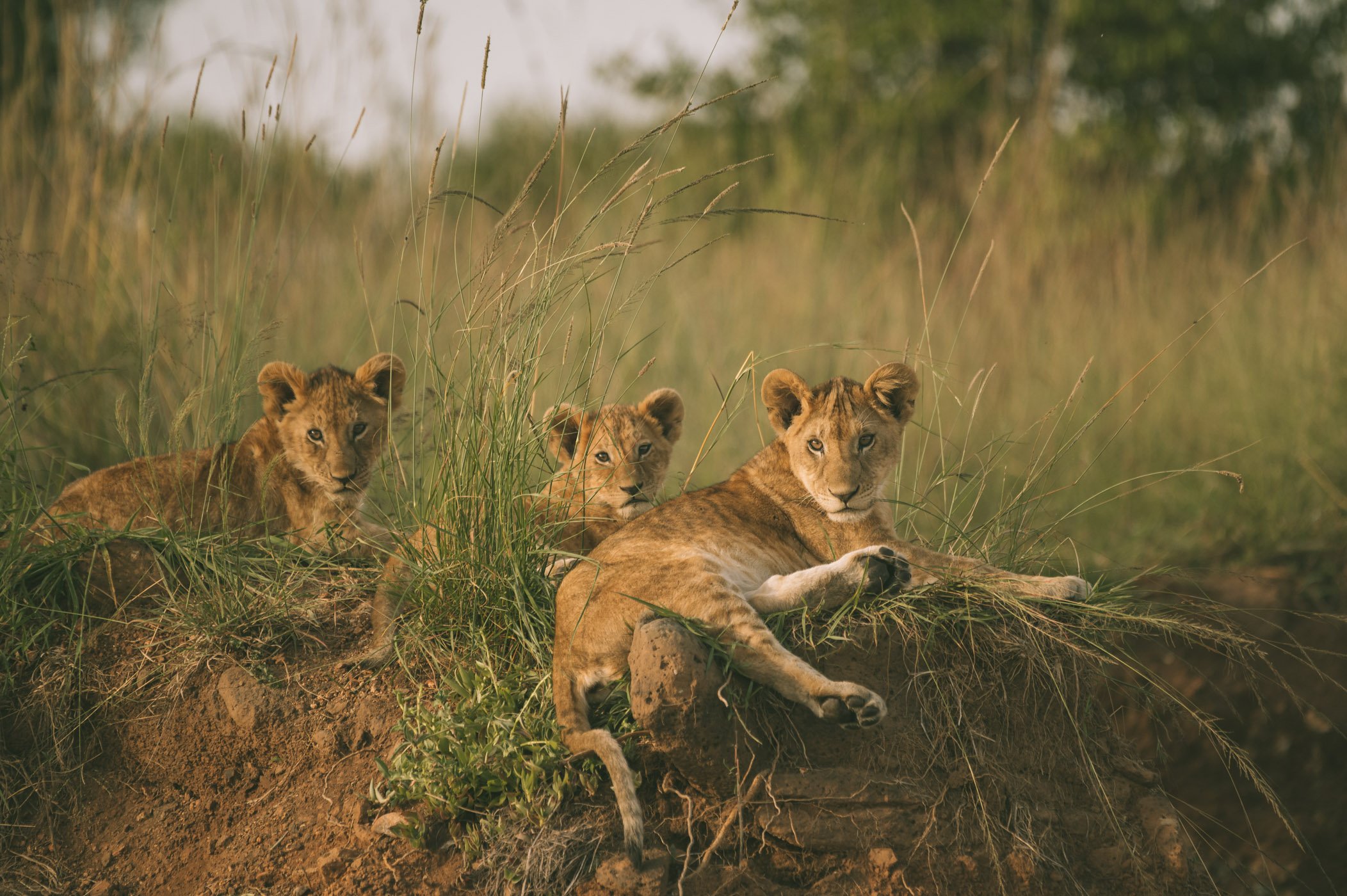 January is baby season in the Maasai Mara!

Where to stay in the Maasai Mara

In total we stayed 7 nights in the Maasai Mara, but in different areas. 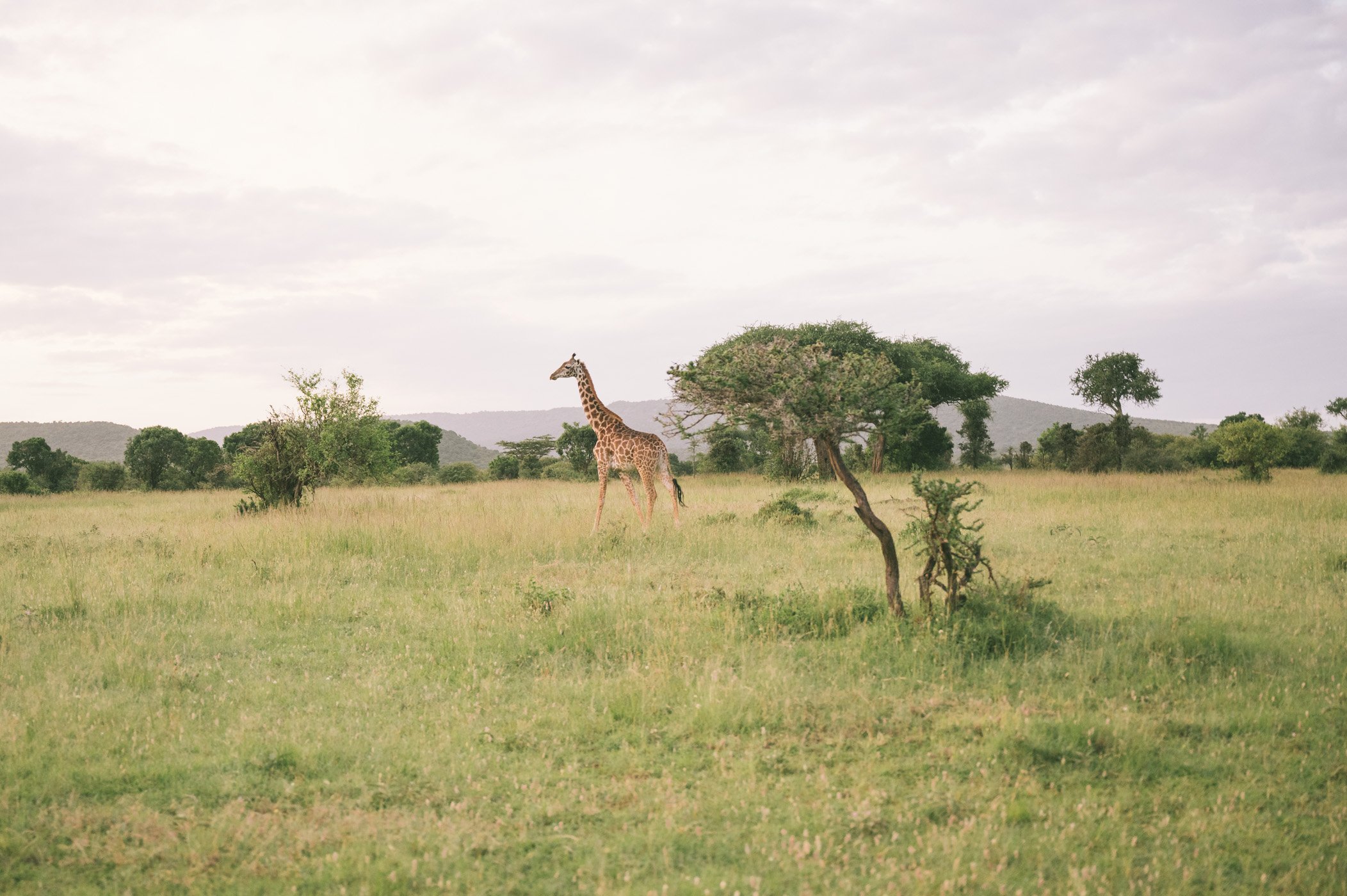 The Maasai Mara is vast and offers different experiences and areas to stay in!

There are a couple of camps located in the Northern part of the Maasai Mara. From here you can access many parts of the vast National Reserve. Camps like “Tangulia Mara” also offer guests game drives to the Mara North Conservancy, that has some of the lowest tourist and vehicle densities. But from the same camp you can also take game drives to the Maasai Mara National Reserve – even all the way to the South to the border of Tanzania (if you take your breakfast out in the bush).

If you’re looking to visit the Maasai Mara during the Greater Migration we would recommend to choose a camp along the Mara river or one of the mobile camps, that moves with the migration – so you can stay close to the action.

Read more about our stay in the Northern Mara here! 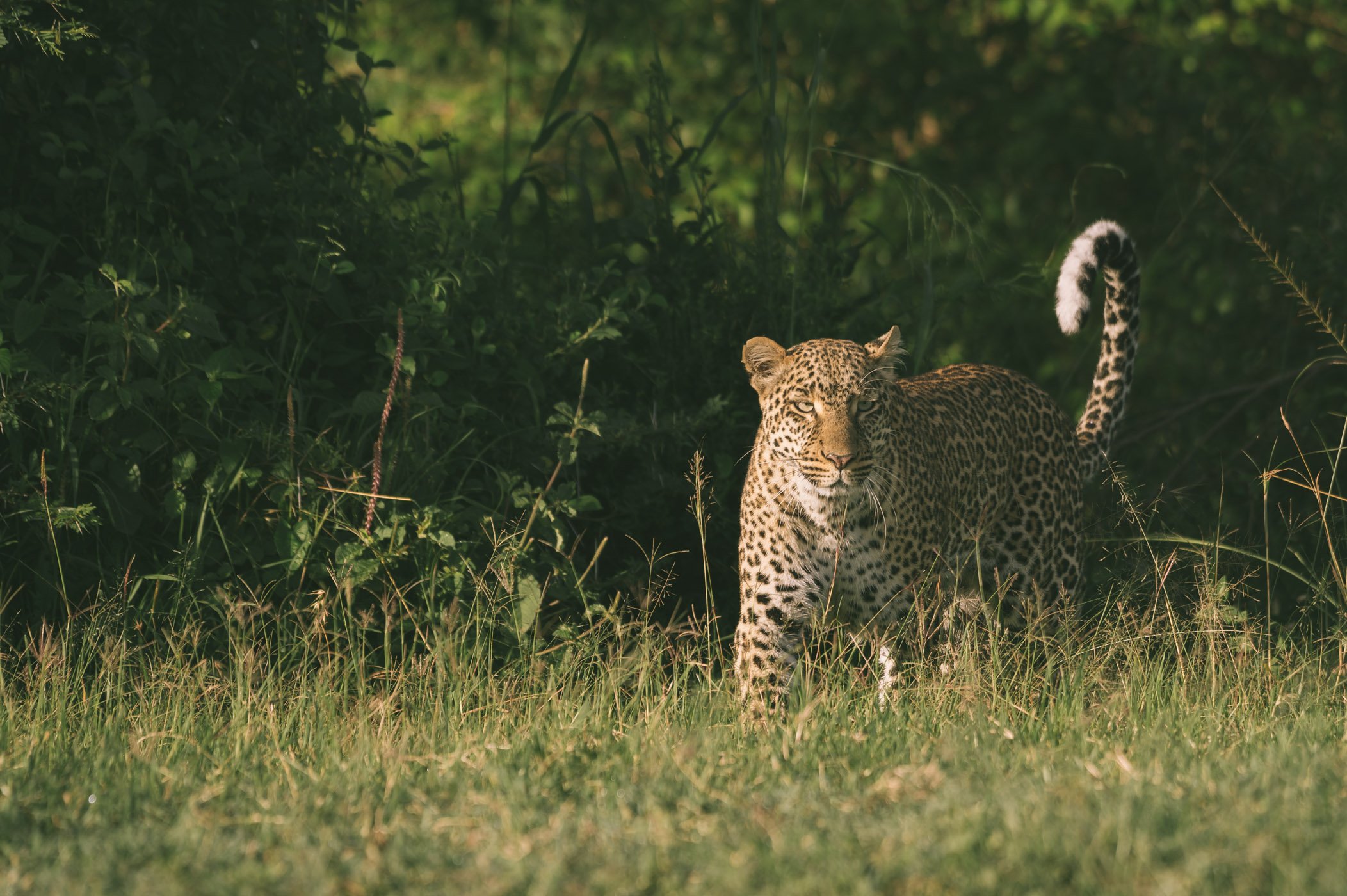 Kaboso – also called the queen of the leopards – can be seen in the Northern parts of the Mara.

There area a few specialties of the Mara Triangle. One of course is that it sits right at the Great Rift Valley with it’s 400 meter high Oloololo Escarpment. The mountain range closes the triangle on the West and the Mara river is the natural border to the East. Here you can find the Big Five, but surrounded by much less visitors and crowds than in the heart of the Maasai Mara National Reserve.

There are only two or three camps inside the Mara Triangle and a handful at the periphery that are allowed to bring their guests inside – andBeyond being one of those selected few.

Read more about our stay in the Mara Triangle here! 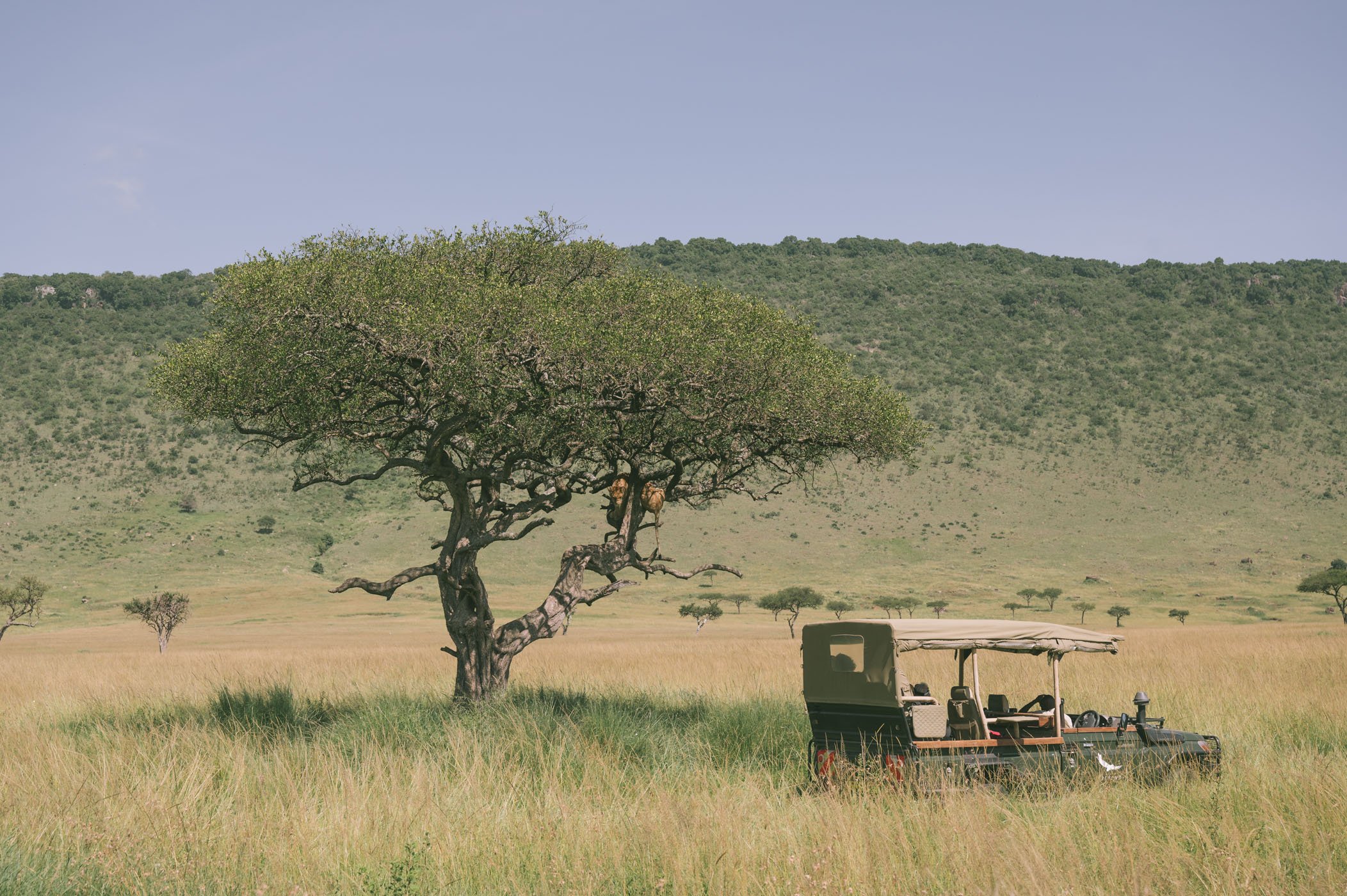 The Mara Triangle is less frequented than the National Reserve – and there’s tree-climbing lions here!

In the South the Maasai Mara borders the Serengeti and neighbouring country Tanzania. As a visitor you can combine your travels and also cross the land border between Kenya and Tanzania, but there’s another good reason why you should visit the South. To the Southeast the Maasai Mara borders group ranches and pastoral communities, but there is no fence between these areas. Therefore these ecosystems are critically important for wildlife and there are plans to expand and transform these areas to wildlife conservancies.

We visited the Olderkesi Community Conservancy, which is just in the process of transformation and it will be exciting to see how wildlife will reclaim these areas!

Read more about our stay in the South-East Mara here! 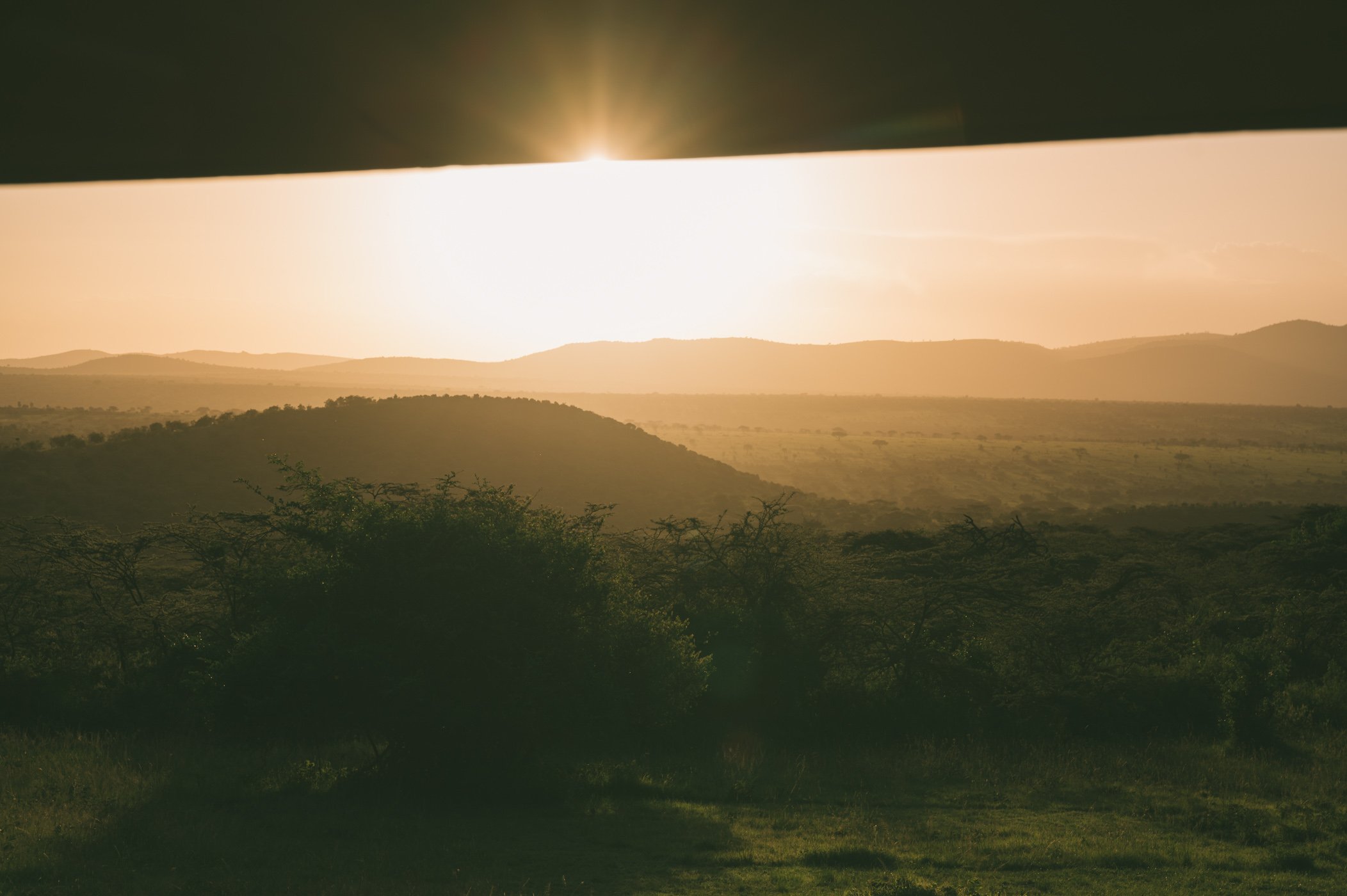 The Olderkesi Community Conservancy is in phase 1 of a transformational process from cattle-grazing pastoral land to wildlife conservancy.

The difference between the Maasai Mara and the surrounding conservancies

The conservancies that surround the Maasai Mara act as buffer zones between the National Reserve and the surrounding community farms, where cows graze year-round. While the Maasai Mara National Reserve is the key area for the great migration, there is also plentiful resident wildlife inside the reserve, that lives here year round and gains more space to roam with these adjacent conservancies.

Also many of these conservancies belong to Maasai communities and with leasing them to safari companies they can create additional revenue while the land also gets protected. It’s a win win for wildlife and people!

Yet, there’s distinct differences between these parts of the Maasai Mara and we believe it’s important to know about those before booking your trip. The landscapes are beautiful & iconic everywhere – think “Out of Africa” every step of the way. Undulating plains dotted with single acacia trees, fiery red sunsets, golden grass swaying in the wind – it’s all there!

But of course the wildlife is not the same in all the areas. We had most of our big cat encounters within the Mara Triangle (tree-climbing lions) and the Maasai Mara National Reserve (leopard and cheetahs), but that also comes down to luck. There are resident leopards in the Olderkesi community conservancy for example, we just didn’t get lucky to see them 😉 Chances are that the success of game drives will increase with the further development of these community conservancies over the course of time.

Find out more about our 2 weeks Kenya itinerary here! 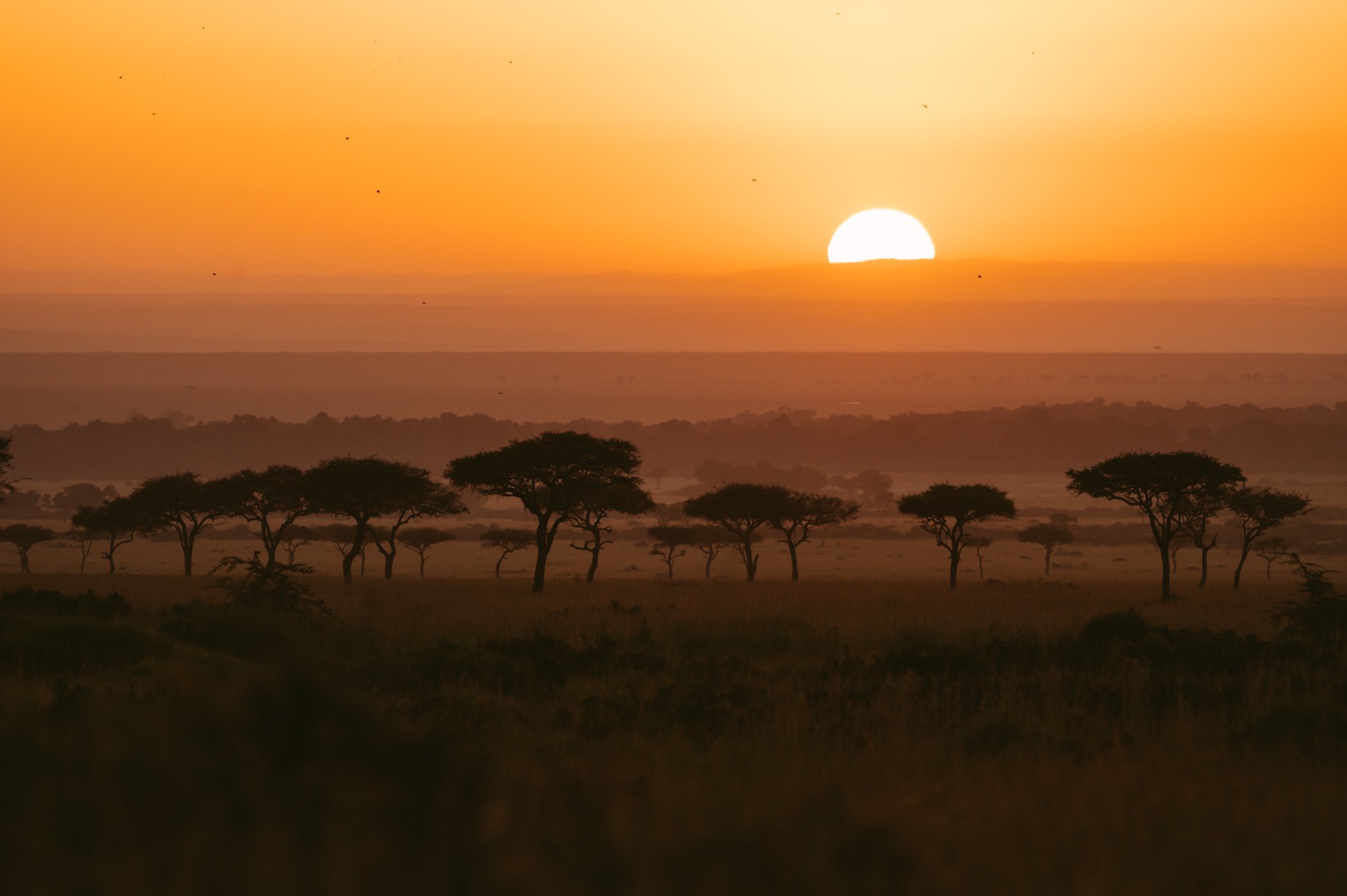 Sunrise in the Maasai Mara is always a spectacle.

When to visit the Maasai Mara

Peak season for the Maasai Mara is July to October during the great migration, but it can get busy.

Great migration: Is it the best time to visit the Maasai Mara?

Unless you really want to experience those infamous river crossings – we would recommend to choose the low season. In fact many guides tell us that there’s always visitors who aren’t really prepared for the bloody and ruthless spectacle that those river crossings are. During the great migration it’s a feast for the predators and one must get accustomed to seeing animals fight for their lives (and loose) on a daily basis. The plains of the Maasai Mara get dotted with carcasses during this period and a smell of decay fills the air. It’s wild and untamed, but maybe not for everyone.

We believe it’s best to choose the season that fits your needs & wishes! For us January was perfect, but now we are enticed to re-visit during the great migration again… 🙂 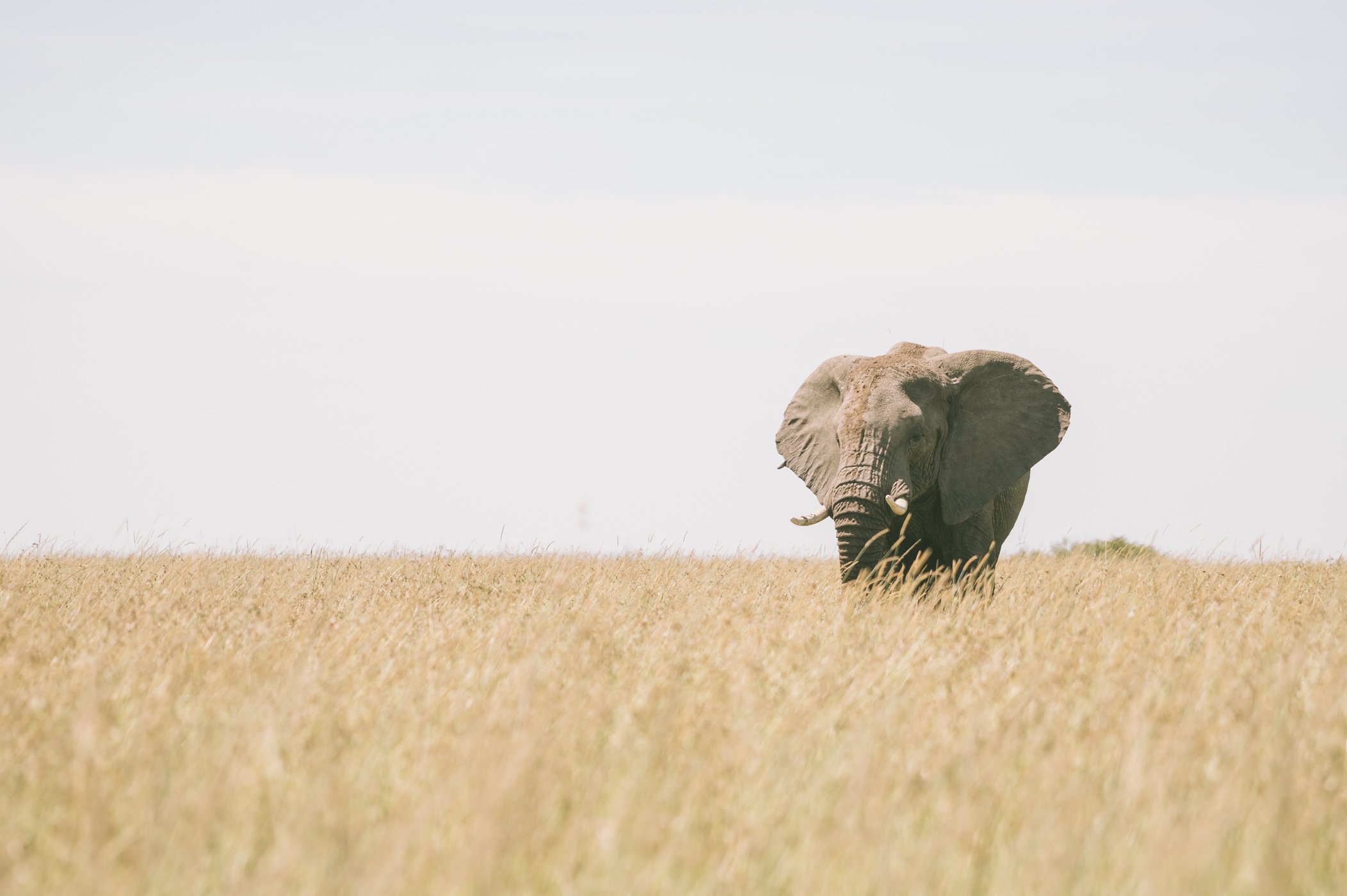 This kind of grass is common in January in the Maasai Mara.
After the great migration the Mara will change and look more like a golf court.

The low season in the Maasai Mara

We visited the Maasai Mara in January, which is one of the warmest months of the year in the with temperatures reaching about 26-28 degrees Celsius during the day. At night it still gets quite cold (10-12 degrees centigrade), so a soft-shell jacket is recommended for morning and afternoon drives.

After the migration ends in November the Maasai Mara looks like a massive golf court, because the grass has been completely mowed by the wildebeest and zebras. That is also the start of the short rainy season in November and December. This is when the grass grows back and becomes long again. In January it’s usually dry again, before the real rainy season starts (with it’s peak in April and May), which is not the best time for a visit. 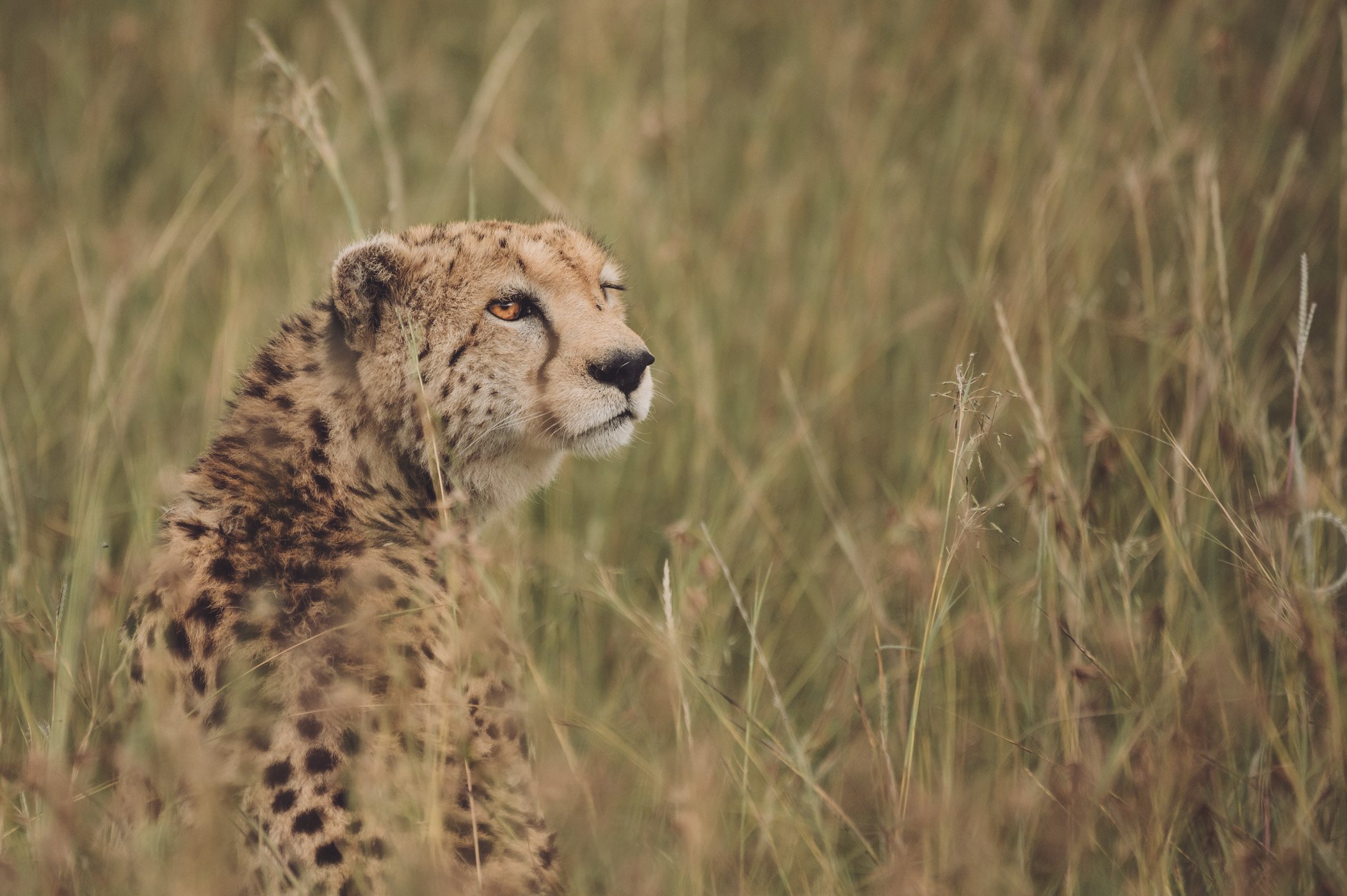 The longer grass in January makes cat sightings a bit more challenging, but not impossible.

How to get to the Maasai Mara

We went to the Maasai Mara by bush plane and landed at the Mara Musiara airstrip – which is located in the Northern Mara. From there we drove to our camp Tangulia Mara and then also to our next camp andBeyond Bateleur Camp. Drives between camps in the Maasai Mara are usually just like game drives and done in open safari vehicles. We also drove all the way to the South-East via Talek Gate and this is where we encountered the coalition of five male cheetahs – so it was one of our best drives!

Our Camps in the Maasai Mara 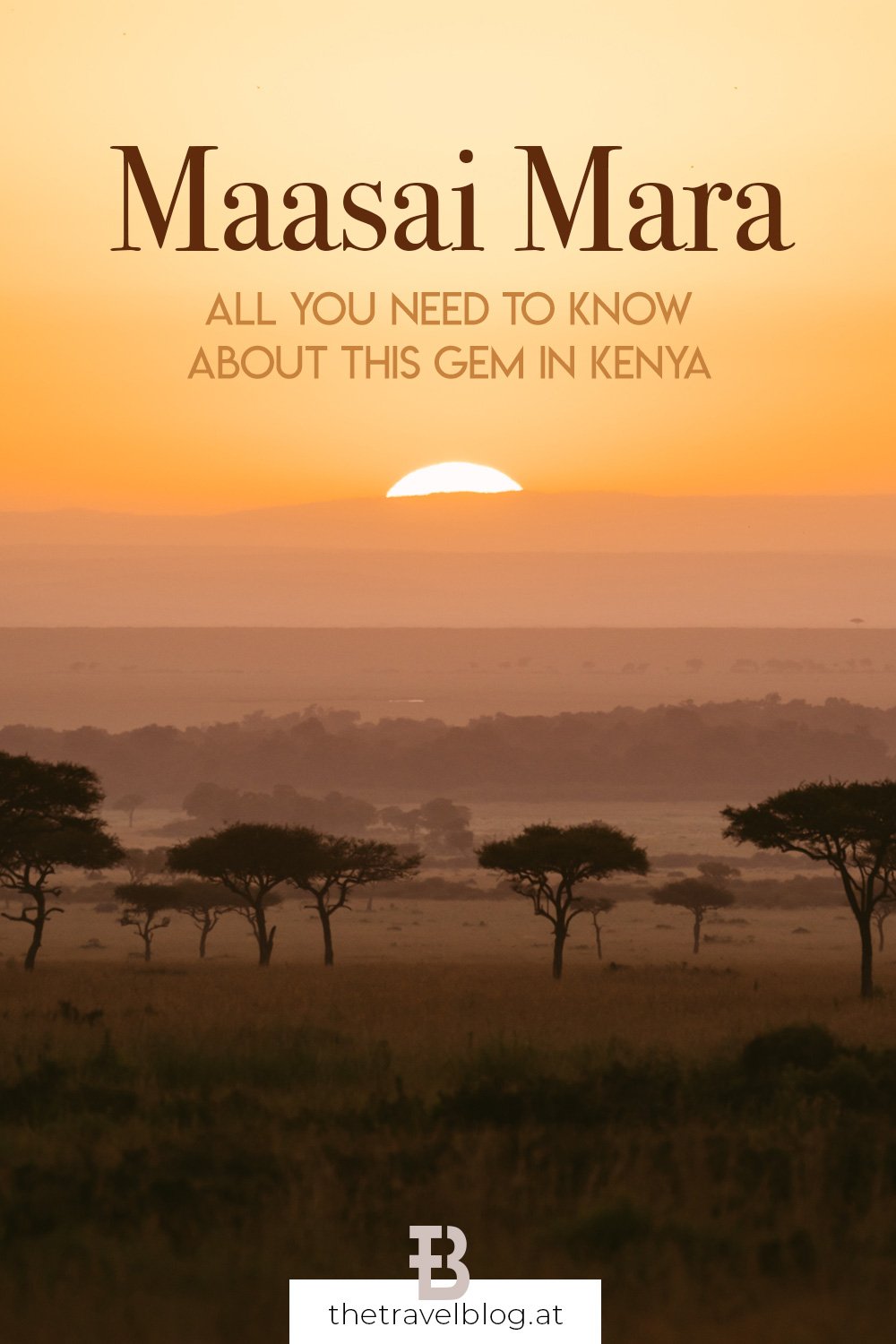 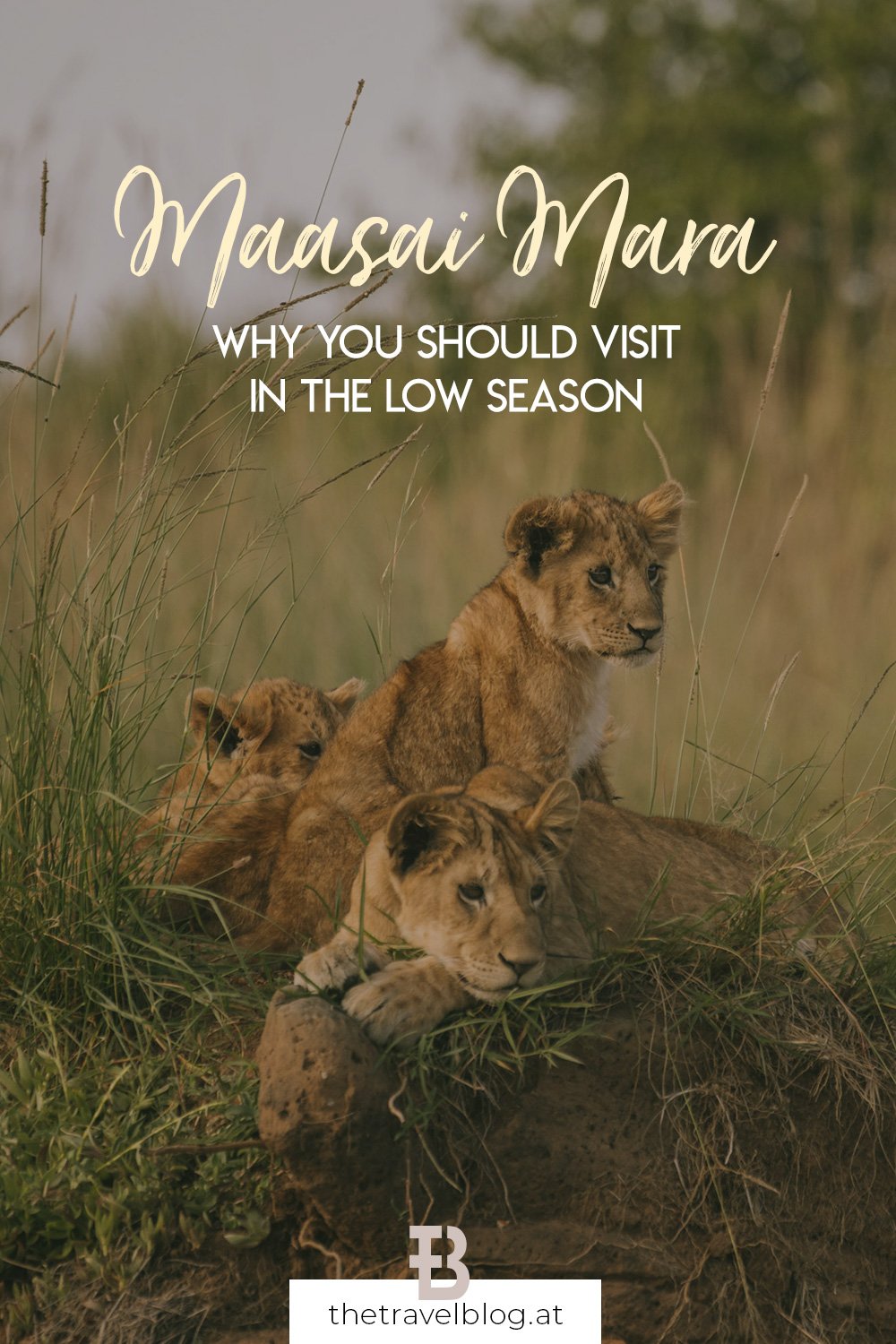 Disclaimer: This is not a sponsored post, but we stayed at Tangulia Mara, andBeyond Bateleur Camp and Cottar’s 1920s Safari camp as part of a press trip. The views in this blogpost are our own.